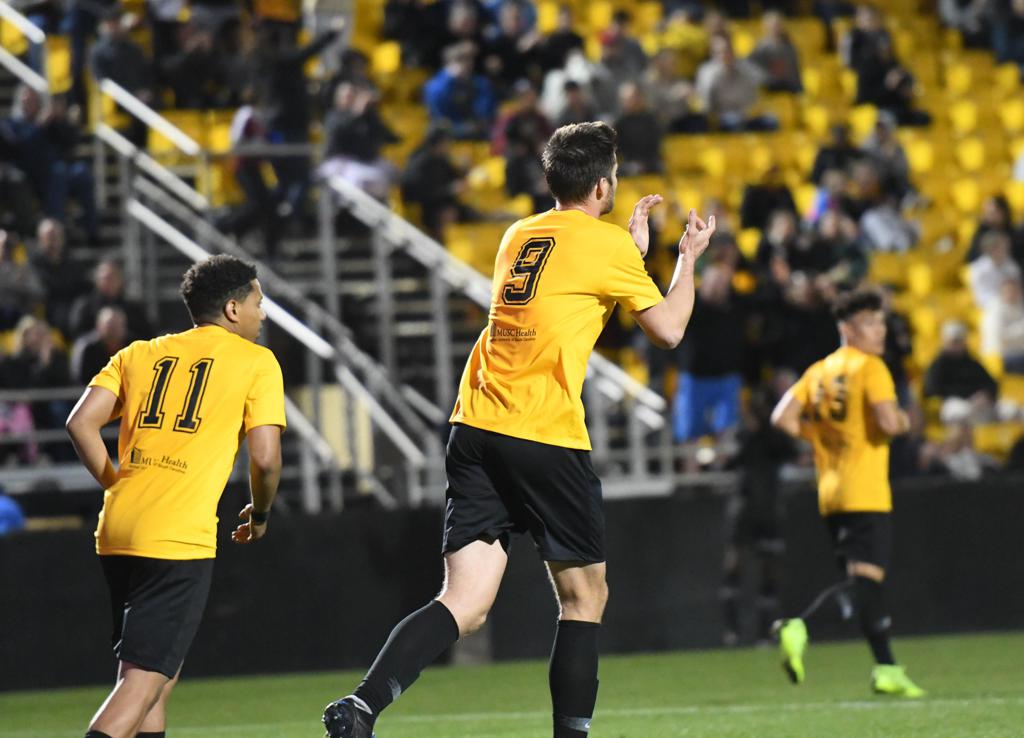 The cold, rainy weather played a part early in the match as players attempted to find their footing on the slick surface. Both sides took advantage of the conditions by putting pressure on attackers and defenders alike.

Ian Svantesson put the Battery up 1-0 in the 25th minute, his second goal of the tournament. A quick spell of attacking play led to a Battery corner which resulted in the goal. Jared van Schaik's cross found the head of Svantesson, giving the Columbus goalie no chance at making a save.

The Battery came inches from doubling their lead late in the first half thanks to a powerful header from midfielder Vincenzo Candela. Jared van Schaik's chipped ball in from the left side connected with Candela. The header hit the middle of the crossbar before being cleared by the Columbus defence.

The Battery nearly made it to half time unscathed, but a late stoppage time goal from Robinho leveled things up. Columbus Crew attacker Edward Opoku provided the assist with a quick pass across the box which evaded the Battery defense and found Robinho in the middle of the box.

Second half heroics from goalkeeper Joe Kuzminsky and defender Leland Archer preserved the draw for the Battery. A late Crew attack forced a number of saves from Kuzminsky and a critical block on the goal line from Archer.

The result leaves the Battery on one point through two matches with a final game against the Chicago Fire on February 23rd at 7:30 PM.

The 2019 Carolina Challenge Cup wraps up on the 23rd. Visit charlestonbattery.com for more information on Challenge Cup standings and to puchase tickets for the last night of Major League Soccer action here in Chalreston!