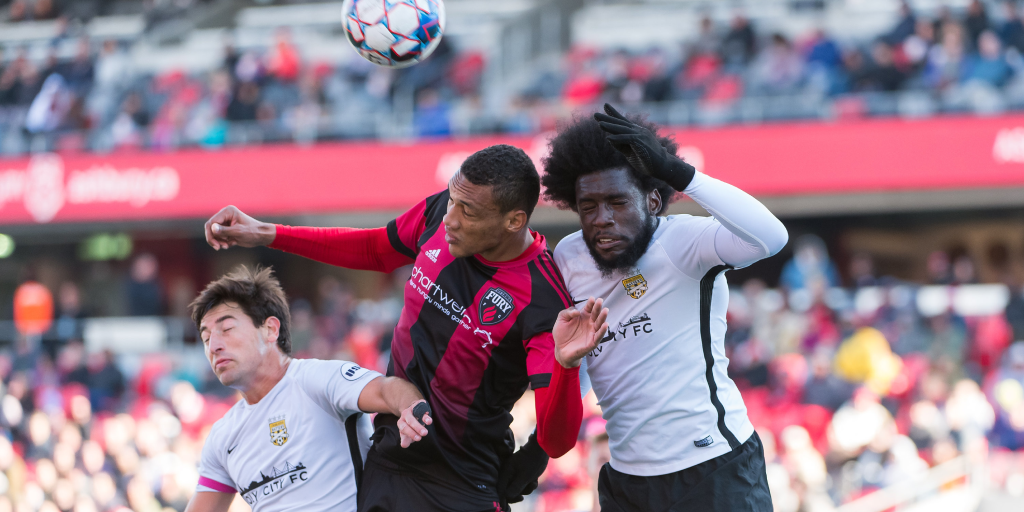 The Battery opened the scoring in the 14th minute after Gordon Wild picked up an attempted clearance 35 yards from goal. Wild brought the loose ball on his chest before smashing a half volley over goalkeeper Maxime Crepeau to give the Battery an early 1-0 lead. The goal was Wild’s seventh of the season.

Following the opening goal, the two sides traded possession as Ottawa pressed hard for an equalizer and the Battery counter attacked when given the opportunity. Cristian Portilla nearly scored directly from a corner kick in the 24th minute, but his effort bounced off the crossbar.  The Battery went into the halftime break with a one-goal lead.

Tony Taylor created Ottawa’s best scoring chance of the game when he got in behind the Battery back three in the 50th minute. Taylor dribbled towards the endline before delivering a pass to Adonijah Reid near the penalty spot. Reid took a touch then unleashed a left-footed shot from 12 yards out, but his strike went just wide.

The Battery doubled its lead in the 60th minute through Ian Svantesson. Nico Rittmeyer chased down a loose ball, just keeping it in play before serving a cross into the penalty area. Rittmeyer’s cross fell kindly for Victor Mansaray who struck a stinging volley on frame, forcing Crepeau to parry it straight up in the air. Svantesson finished the rebound from Crepeau’s touch to extend the Battery’s lead.

The Fury created another quality chance from a long throw in the 76th minute. Steevan Dos Santos flicked the throw-in towards Reid inside the penalty area. Reid reacted quickly and struck a low volley on frame from 15 yards out, but Robert Beebe was there to make the save. In his first start of the season, Beebe made five saves and earned his first career shutout with the Battery.

The loss eliminated Ottawa from the playoffs. The Battery finished fourth in the USL Eastern Conference and will open the playoffs at MUSC Health Stadium next Saturday, October 20. Charleston’s opponent for the quarterfinal match will be determined based on results around the league this weekend. Tickets for the match are on sale now at charlestonbattery.com.