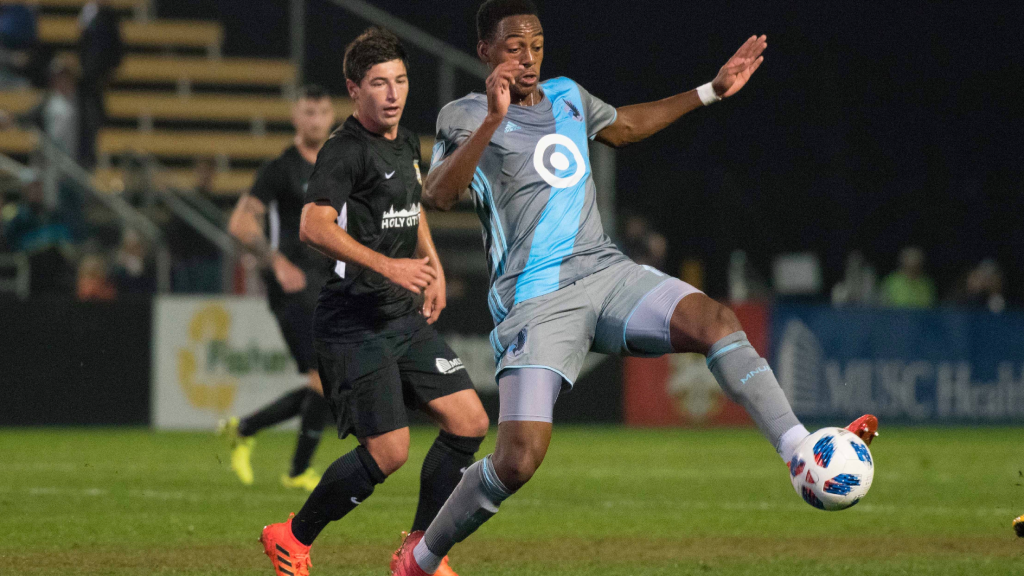 Head Coach Mike Anhaeuser identified Candela at the Club’s open trials in February and offered him a spot on the Carolina Challenge Cup roster before officially offering him a contract. Candela, who was one of over 120 open trialists, paid his own way to get to Charleston for the opportunity to impress the Battery coaching staff.

"Vincenzo is a versatile player that will bring intensity and quality to our midfield corps," said Anhaeuser. "We first watched Vincenzo at a Pro Soccer Consulting combine in Florida and then at our combine here in Charleston and he has proven to be a player that will help our team in the 2018 season."

Despite being just 23 years old, Candela has five years of professional playing experience. The midfielder played in Europe from 2012-2015 for Real S.C. (Portugal), Alemannia Aachen (Germany), and As Eupen (Belgium) before leaving the play in his native Colombia in 2016. Candela played for first division club Atletico Huila in 2016 and for second division club Llaneros last season.

Candela was born in Bogota, Colombia and moved to the United States at the age of three where he lived until he left to pursue a professional soccer career in Europe at the age of 16.