Nine return to Charleston Battery for 2018 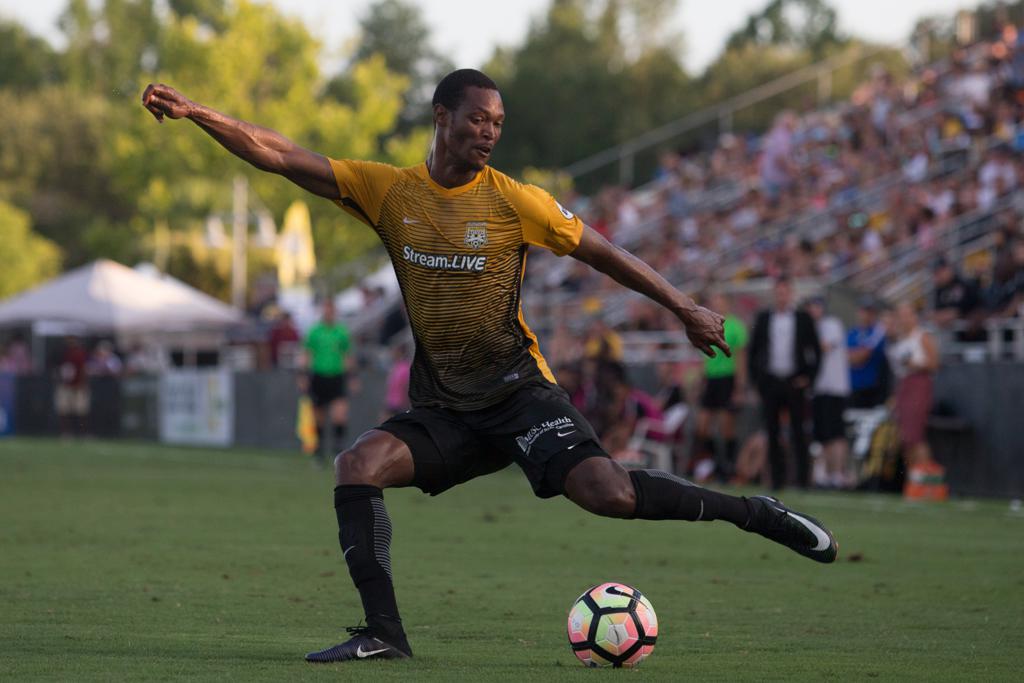 The nine returning players will form the foundation of Anhaeuser’s 2018 squad. The group of returners has over 500 appearances for the Battery combined and many played a crucial role in the team’s second-place finish in 2017.

Mueller played every minute of every USL match in 2017, captaining the team to its highest finish in the USL Cup era and earning a spot on the USL All-League Second Team. The 2018 season will be Mueller’s seventh with the Battery. The center back is currently fourth all time in appearances for the Club behind Dusty Hudock, John Wilson, and Paul Conway.

Higashi returns to the Battery after a successful first season with the Club. The Japanese midfielder earned a contract after paying his own way to come to Charleston for open trials in 2017. Higashi made 23 starts for Coach Anhaeuser’s side last season, finishing with seven assists, which was the second highest total on the team.

Griffith was a vital piece of a Battery defense that earned 13 shutouts in 2017. Griffith played over 2,000 minutes, being deployed as both an outside back and a winger. The Antigua and Barbuda native helped in the attacking third as well, registering three assists and a goal.

Thomas signed with the Battery in 2017 after making 47 appearances for Toronto FC II over the course of the previous two seasons. In his first year in Charleston, Thomas appeared in 21 matches, helping the team earn 8 of their 13 shutouts.

Anugna is also coming off of a successful first season with the Battery. The 21-year old played in 27 games and made 20 starts in 2017. Anunga’s athleticism and ball winning ability was a necessary complement to Charleston’s creative midfield last season.

Kuzminsky re-signs with the Battery after serving as a back up to goalkeeper Odisnel Cooper during his rookie season. Prior to joining the Battery, Kuzminsky served as starting goalkeeper and team captain at University of Alabama-Birmingham.

Van Schaik returned to the Battery in 2017 after a one-year stint away from the Club with former NASL side Ryo OKC in 2016. In four seasons with the Battery van Schaik has played 93 games and previously served as team captain. The 28-year old midfielder came back from injury last July to make nine starts in the final third of the season.

The 2018 season will be Hackshaw’s third in Charleston. The midfielder played in 19 games and made 16 starts last year, bringing his career totals to 42 and 31. Following his success during the 2017 season, Hackshaw was called up for Trinidad and Tobago’s friendlies last month.

Guerra also returns to the Battery for his third season in 2018. The Trinidadian playmaker was instrumental in Charleston’s attacking success in 2017, scoring six goals and notching two assists.