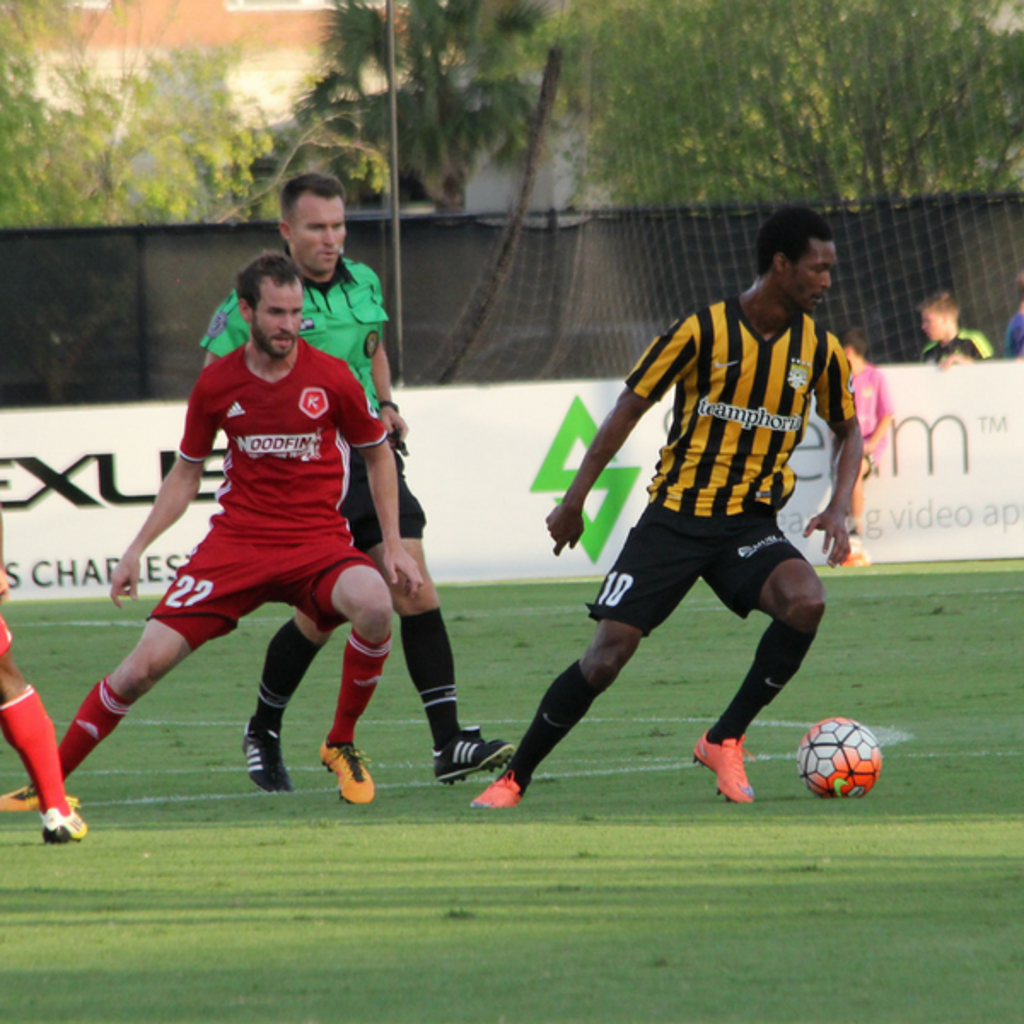 The Charleston Battery and Richmond Kickers meet for the 60th time this Saturday at MUSC Health Stadium. The long-time rivals are both celebrating their 25th anniversary season in 2017, but have gotten off to drastically different starts.

The Battery (7-2-2) have occupied first position in the USL Eastern Conference since April 22nd, while the Kickers have spent the majority of the season at the bottom of the table. Despite going winless in their last two matches, Charleston still have a two-point lead on second place Tampa Bay with a game in hand. Richmond enter Saturday’s match in 14th place with 10 points and only two wins on the season.

Romario Williams scored his 9th and 10th goals of the season in the Battery’s 4-4 draw with Louisville City FC last weekend. Williams has now equaled his 2016 goal total with twenty games left to play. Maikel Chang scored his third goal of the year and Ricky Garbanzo scored his first in the draw, while Kotaro Higashi registered two assists.

Richmond lost, 1-0, to New York Red Bulls II their last time out. The Kickers are winless in their last seven matches, losing three and drawing four during that stretch of games, and have yet to pick up a win on the road this season. Richmond have struggled to put the pieces together in the attacking third; the Kickers have been shutout in seven of their twelve matches.

D.C. United loanee Alhaji Kamara has scored half of Richmond’s goals this season. Kamara has four goals in nine matches, three of which came in the Kickers’ 5-3 loss to Ottawa Fury FC on May 27th.

The Battery are 4-0-3 in their last seven matches against the Kickers, with their last loss to their oldest rival coming during the 2014 playoffs at City Stadium. Charleston haven’t lost to Richmond at home since since 2012. The Battery finished with two wins and a draw in their three meetings with the Kickers last season. Romario Williams, Maikel Chang, Heviel Cordoves, Taylor Mueller, and Justin Portillo all registered goals against Richmond last season.