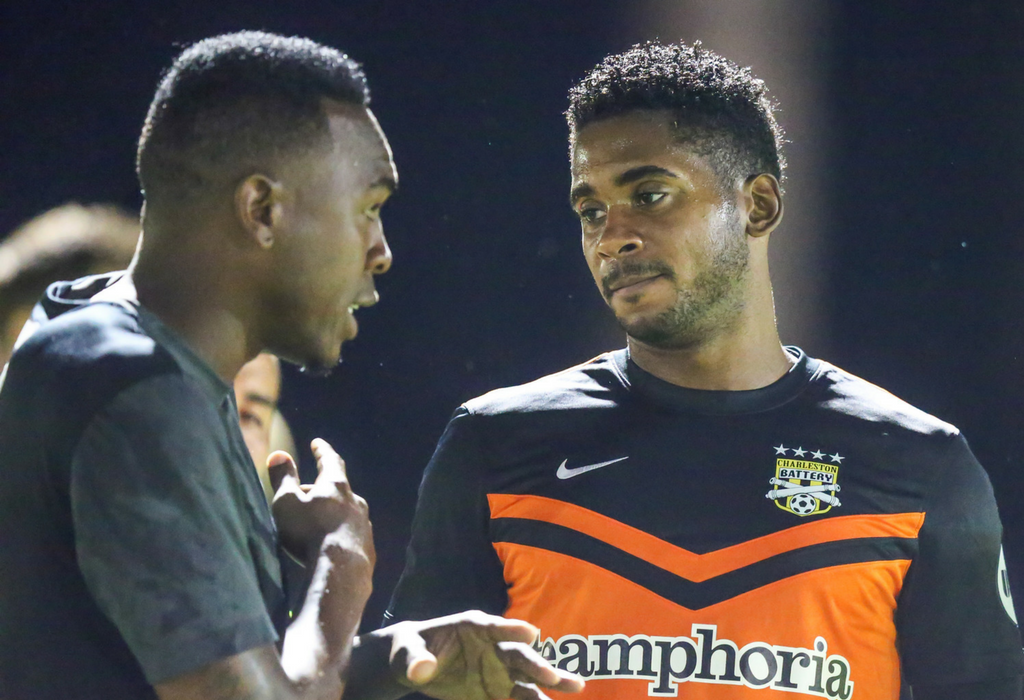 Both Cooper and Cordoves are entering their fifth seasons with the Battery. The Cubans arrived in Charleston in 2012 after defecting to the United States during a trip to Toronto for a World Cup Qualifier, following the path to the Battery forged by current Seattle Sounders captain Ozzie Alonso. The two have been mainstays in the Battery’s lineup since their arrival.

Cooper was Mike Anhaeuser’s first choice goalkeeper during the 2013, 2014 and 2015 seasons, making 70 appearances in his first three years in Charleston. He was selected an All-League Second Team selection and earned the Battery’s Most Valuable Player award in 2015. In 2016 Cooper split time with Atlanta United goalkeeper Alex Tambakis.

Cordoves has scored 12 goals in 55 appearances for the Battery since his arrival. The 6-1 center forward scored three crucial goals for Charleston during the team’s march to the playoffs in 2016. A hat trick in the second round of the 2014 US Open Cup also highlights Cordoves’ resume.

Cooper, Cordoves and the rest of the Battery squad continue preseason this weekend with matches against Clemson University and the University of North Florida. The tilt with the Tigers is at Riggs Field on Friday at 4:30pm. Sunday’s match with UNF kicks off at 2:00pm at MUSC Health Stadium and is free and open to the public.