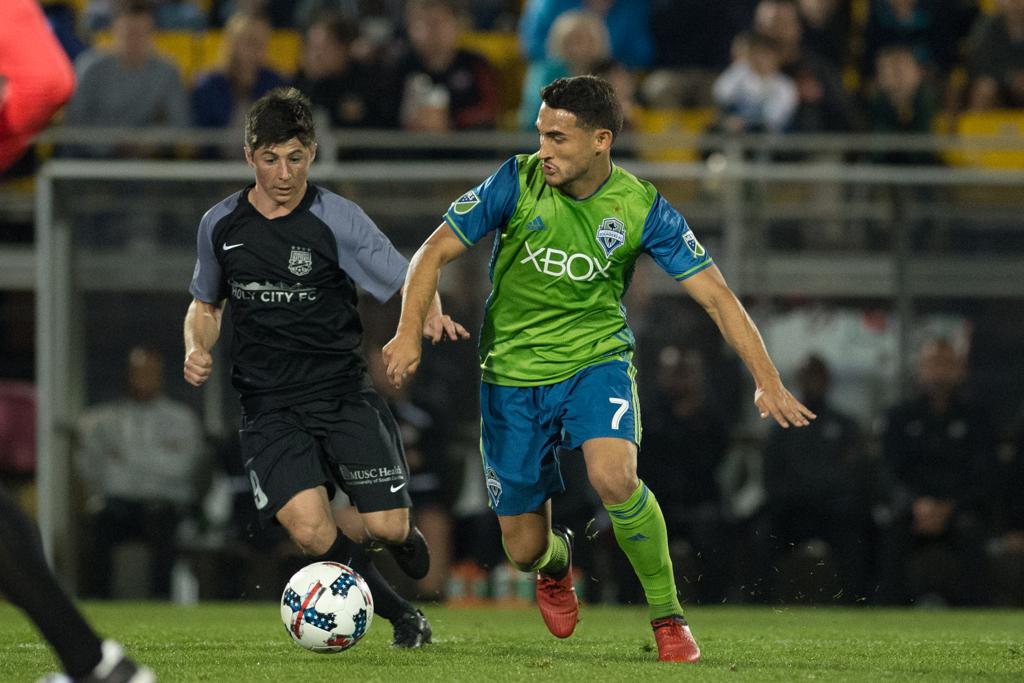 Charleston stood toe-to-toe with the defending MLS Champions throughout the match, and earned a point through Kotaro’s clutch extra-time finish. After a scramble in the box, the Battery trialist connected with a shot from about the penalty spot, finding the top corner.

“It was incredible,” said Charleston Battery Head Coach Mike Anhaeuser. “Getting a tie keeps us right in the mix for the rest of the tournament. It was a great finish and a great result for us in the opening match.”

The Battery’s starting XI, made up entirely of returning players, connected well throughout the first 45 minutes, putting pressure on Seattle’s back four and coping well with the likes of Clint Dempsey, Jordan Morris, and Nicolas Lodeiro. The veteran line-up was only undone by an own goal in the 32nd minute.

Seattle’s goal came off of a cross from Joevin Jones from the left flank. Jones delivered a dangerous ball into the box that fell to Alvaro Fernandez who turned it on frame. Fernandez’s shot was deflected in off a Battery player to give the visitors the lead.

Both teams made wholesale changes throughout the second half, with the Battery playing a lineup consisting of trialists and Atlanta United players. The goal scorer, Kotaro, is a player Anhaeuser identified from the team’s open trials last weekend. The trialist’s goal earned the Battery a draw against the MLS’ best.

“It’s just credit to Mike [Anhaeuser] and his team,” said Seattle Sounders Head Coach Brian Schmetzer of the result. “They made a game out of it, so credit to Mike and the Battery.”

Charleston currently sits tied for third with Seattle in the Carolina Challenge Cup table. Columbus Crew earned a 2-1 win over Atlanta United in the earlier game and currently sit atop the table. Charleston will take on the tournament leaders on Wednesday night at 5:00, followed by Atlanta United vs. Seattle Sounders at 7:30 pm.