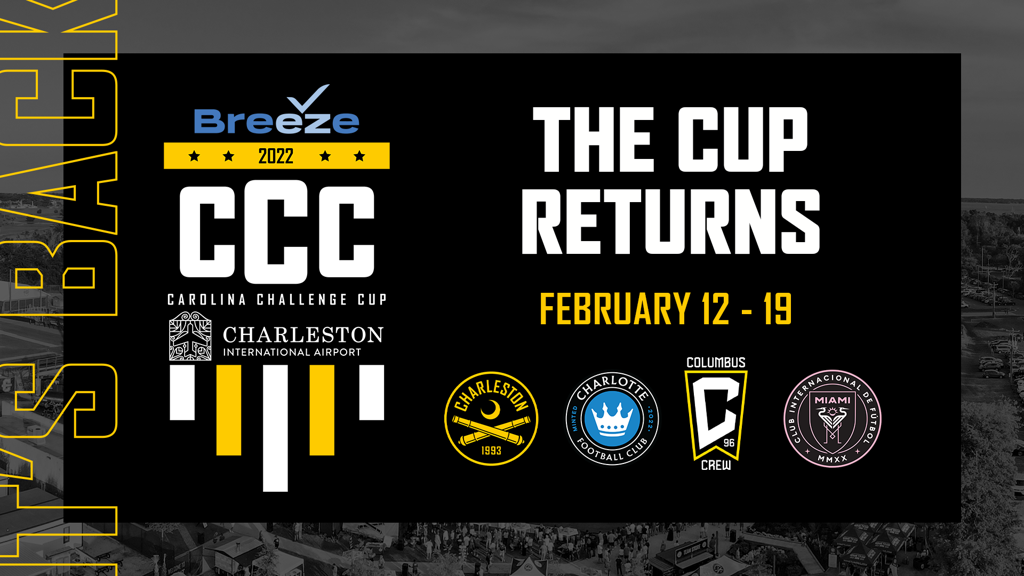 The 16th edition of the Breeze Airways™ Carolina Challenge Cup (CCC), in partnership with the Charleston International Airport, will see the Battery face off against visiting Major League Soccer (MLS) clubs the Columbus Crew, Inter Miami CF and Charlotte FC.

The exhibition will commence over four days, from February 12 through February 19. The round-robin tournament will total six matches with each club playing three times. Full tournament passes and individual match tickets are currently available via SeatGeek.

Get your CCC Tickets now!

After a two-year hiatus, the CCC returns in partnership with Breeze Airways™ and the Charleston International Airport.

“Breeze is thrilled to be partnering with the Charleston International Airport and the Battery to bring the Carolina Challenge Cup back to Charleston,” said Angela Vargo, Vice President of Marketing for Breeze Airways. “Charleston has welcomed Breeze with open arms and is now our largest base with 13 nonstops. We are serious about our commitment to the Charleston community and look forward to seeing soccer fans at the pitch for this awesome event!”

"The return of the Carolina Challenge Cup is wonderful news for the Charleston area and a reminder of how attractive our region is for high-caliber sporting events,” said Helen Hill, CEO of Explore Charleston. “Breeze Airways has been a tremendous partner since launching service last May at Charleston International. Signing on as the Cup's title sponsor exemplifies their commitment to our community. We look forward to joining the Battery and Breeze in welcoming teams and fans from Charlotte, Columbus and Miami."

“We’re delighted to have Breeze Airways and the Charleston International Airport as presenting partners for the return of the Cup,” Krenitski added. “It exhibits the organizations’ commitment not just at a local level, but nationally with Breeze Airways providing so many direct flights to Charleston. We’re excited for Breeze to help us welcome soccer fans from across the country for this unique tournament.”

Charlotte FC will compete in the preseason tournament for the first time ahead of their inaugural MLS season.

“We’re honored to have been invited to this year’s Carolina Challenge Cup in Charleston ahead of the 2022 Major League Soccer season,” said Charlotte FC Club President Nick Kelly. “It’s a unique opportunity to be able to have the Club’s first public-facing matches in our region at a tournament that is synonymous with soccer in the Carolinas.”

Inter Miami also visit Charleston for the first time ahead of their third MLS season.

“We’re excited to join the Carolina Challenge Cup in our 2022 preseason,” said Chris Henderson, Miami’s chief soccer officer and sporting director. “We look forward to facing competitive opponents in Charleston, Charlotte and Columbus in the Battery’s great facilities and playing our way into form for the MLS season.”

The Columbus Crew are no strangers to CCC. The Crew come to Charleston for their seventh CCC and will be defending the title as current cup-holders, having won the most recent edition of the tournament in 2019.

The round-robin exhibition tournament will be played over four matchdays beginning with a double-header kickoff on February 12. Each team will compete three times over the course of the tournament with a winner being determined based on points and/or tiebreakers. 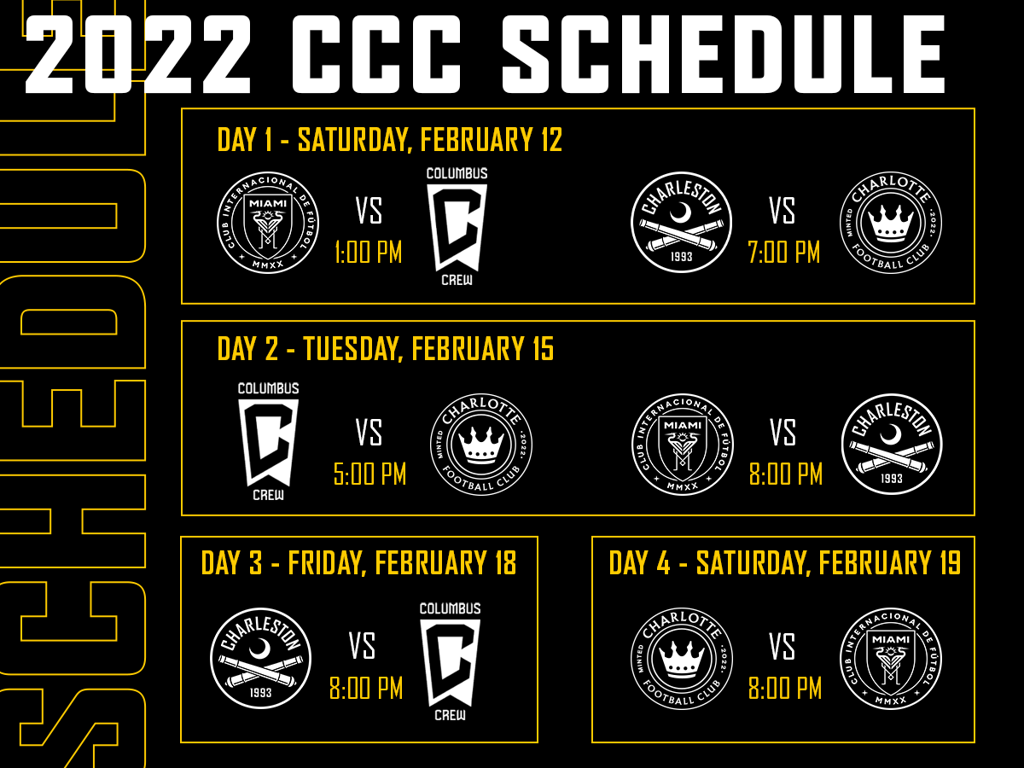 Season Members can take advantage of 50% off tickets for the entire tournament! Members are eligible for a full tournament pass to all 6 matches starting at only $42 per seat, starting at $85 for non-Members. Member pricing is available until January 27th. To reserve your exact Member seats/section, you must purchase a full tournament pass. Just make sure you are logged in to your SeatGeek account to view Member pricing options! 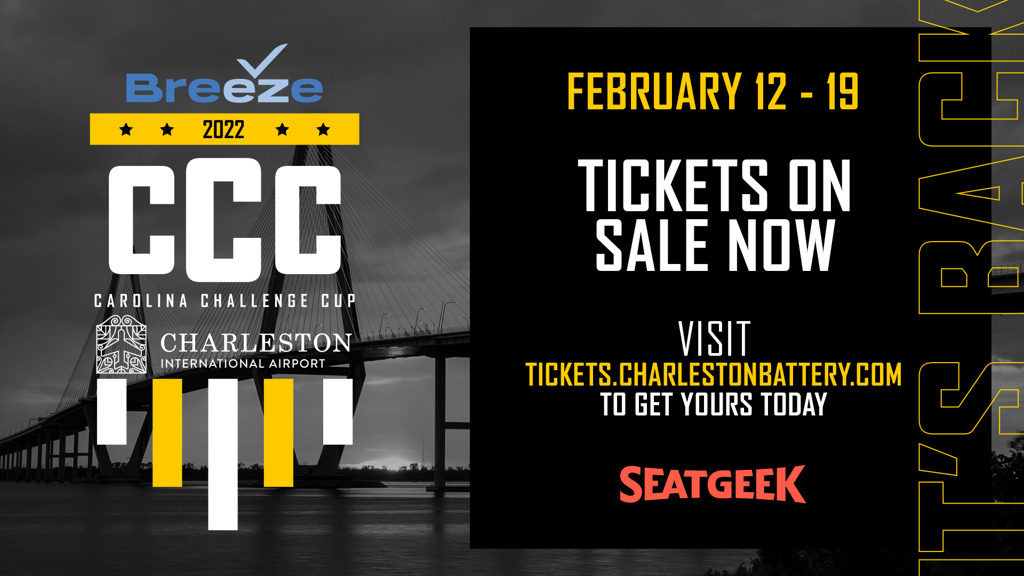