Kuzminsky Wins 2021 USL Championship Fans’ Choice Save of the Year 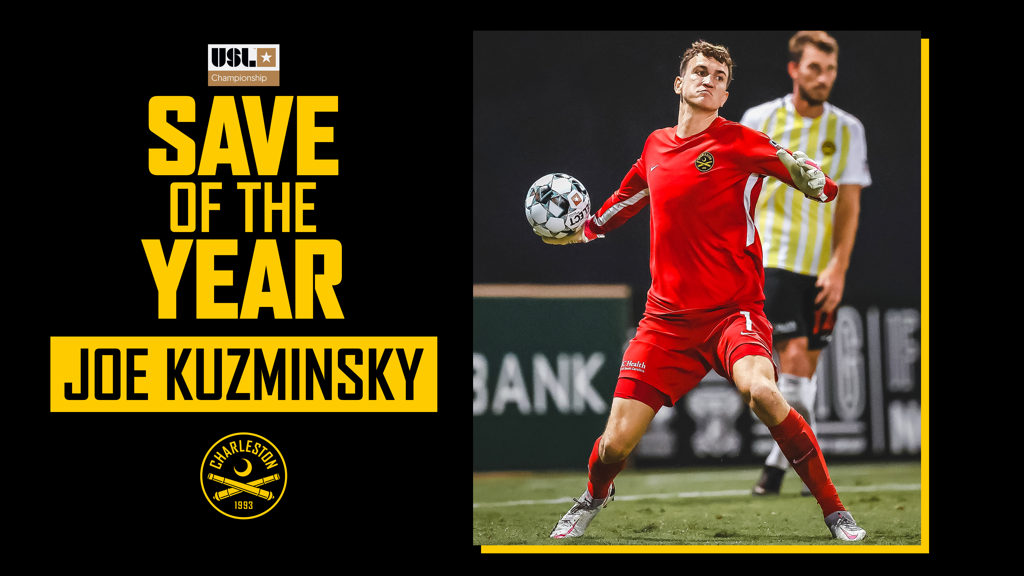 For the third consecutive year, Battery goalkeeper Joe Kuzminsky won the USL Championship Fans’ Choice Save of the Year award on Monday. His quick reflexes against a header from the Tampa Bay Rowdies’ Aaron Guillen from the top of the six-yard box earned him the honors.

The people have spoken, and they spoke loudly, as Kuzminsky secured a whopping 98% of the fan vote conducted over the past week.

The award caps off another solid season for Kuzminsky, his fifth with the Black and Yellow. Joe was also named Player of the Week for Week 14, racked up two Save of the Month honors (September and October), and earned four Save of the Week nods (Weeks 5, 14, 21, 25).