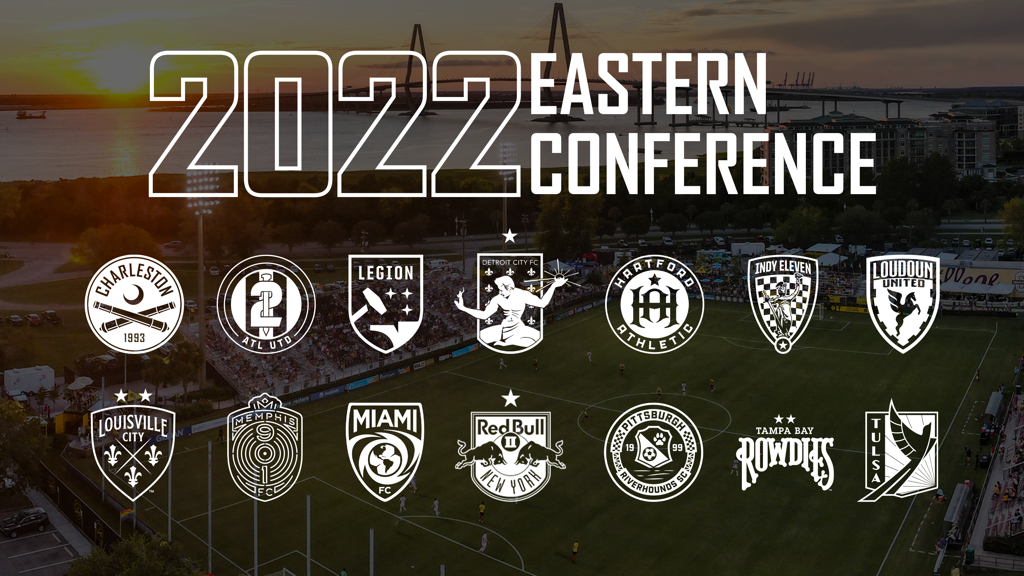 Charleston Battery to reignite past rivalries while facing off against new opponents in return to traditional two-conference alignment as members of the Eastern Conference in the USL Championship.

TAMPA, Fla. – The USL Championship announced Tuesday its competition structure for the 2022 season. The league’s 27 teams will be divided into two conferences – 14 in the Eastern Conference and 13 in the Western Conference (see lists below).

“We are pleased and eager to see the Championship in a traditional two-conference alignment in 2022,” said USL President Jake Edwards. “This regular season format increases the importance of each intra-conference match while also providing the variety and intrigue of more cross-conference matchups. The schedule footprint allows our teams time to compete in the Lamar Hunt U.S. Open Cup and finish the playoffs prior to call-ups for the 2022 FIFA World Cup.”

See the Battery face off against conference rivals old and new next year as a 2022 Season Member! Season Memberships are now available starting as low as $170 for all 17 home games. Click below to learn more about exclusive member benefits available for next season: