Kuzminsky Earns Second-Straight Save of the Month Nod 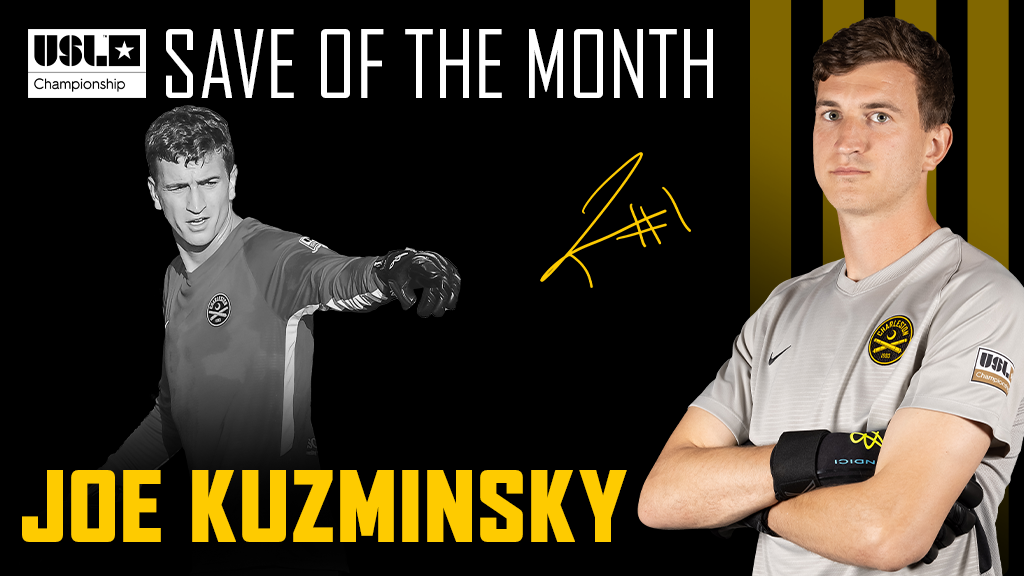 The shot-stopper won the league-wide honor for his sensational save against the Tampa Bay Rowdies on October 7 at Al Lang Stadium. Kuzminsky’s quick reflexes were on display to deny Tampa Bay’s Aaron Guillen from the top of the six-yard box.

The award caps Kuzminsky’s fifth season with the Black and Yellow after securing the Save of the Month honors for September. Additionally, Joe was named Player of the Week for Week 14 and racked up four Save of the Week nods (Weeks 5, 14, 21, 25). He concluded the campaign with 77 saves and four shutouts in 27 appearances in goal.

See the stop that earned him the award below: