What You Need to Know: Hartford Athletic v Charleston Battery 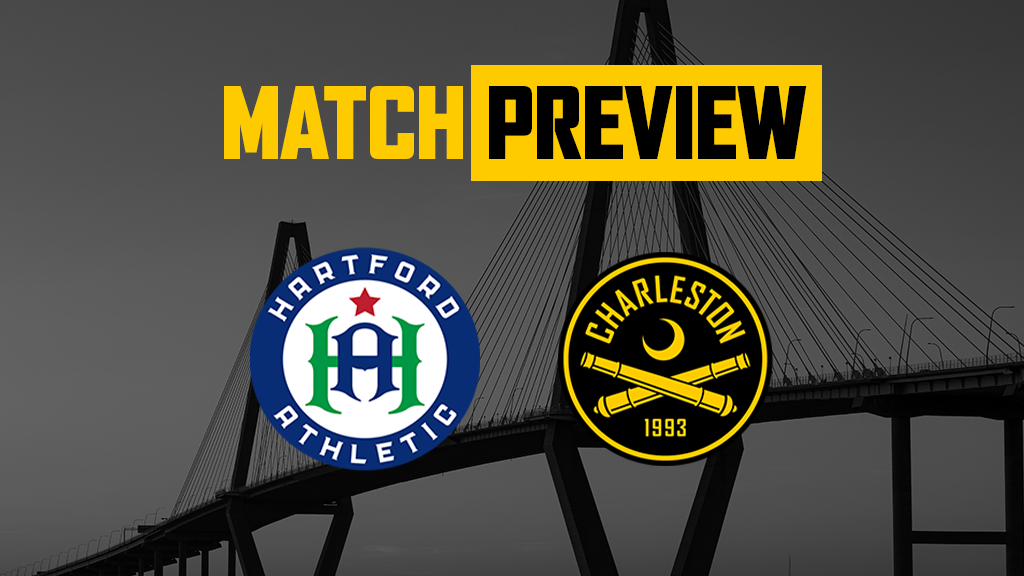 The Battery close out their away schedule Tuesday when they face Hartford Athletic on October 26. Kickoff at Dillon Stadium is set for 7 p.m. EST.

Tuesday’s match is a reschedule of the September 1 contest that was postponed due to inclement weather in the Hartford area at the time, making it the season series finale between the two coastal clubs.

Charleston currently lead the series with a 2-1-0 record against Hartford. The third game saw the Black and Yellow come out victorious 4-3 in front of a record-setting Patriots Point crowd. Nicque Daley notched a brace after an early Hartford own goal. The Athletic got one back via a Battery own goal just before halftime. Burke Fahling added a fourth midway through the second half that proved to be the match-winning goal after the visitors tacked on two late goals to make for a dramatic ending.

Looking at the Atlantic Division table, the Battery are in fifth with a 10-13-7 record (37 pts) and the Athletic are in sixth with an 11-15-4 record (37 pts). The Black and Yellow sit above the Connecticut outfit on account of the head-to-head points earned tiebreaker.

Hartford will look to rebound from a 1-2 home loss against Charlotte Independence on October 22. Hartford took an early 1-0 advantage following a Hugh Roberts own goal before the break. Charlotte resumed play inspired, leveling in the 49th minute when Gabriel Obertan found the back of the net. Joel Johnson scored the game-winner for the Independence in the 68th minute to lift his side past Hartford.

Charleston are in a similar situation as they look to bounce back from a 2-1 road defeat against Pittsburgh Riverhounds SC last Saturday. Pittsburgh got off to a 1-0 lead in the 27th minute after the Battery did a valiant job of subduing the hosts’ advances. Nicque Daley leveled the terms in the 65th minute with a strong strike from just outside the box, his eighth goal of the year. Zeiko Lewis tallied his 10th assist during the conversion. After a gitty back-and-forth, Pittsburgh came away with the decisive second goal in the 79th minute to secure the three points.

While Charleston and Hartford are even in points, they are nearly even in goals scored on the season with 49 and 48, respectively. 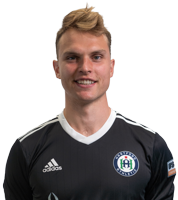 Caldwell has been among the top shot-stoppers in the league all season long. He was notably absent in the previous contest that saw the Battery tally four goals during that afternoon. When Caldwell last faced the Battery, he tallied three saves, all diving, and one punch en route to a hard-fought victory for his side. Caldwell currently has seven clean sheets on the season, along with 105 saves, a total that is the second-highest in the league. Expect the keeper to be in top form when his side looks to salvage the remaining games on the schedule. 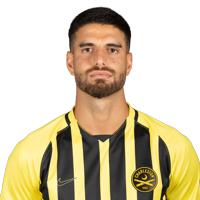 Repetto has been a key factor on offense each time these two sides have met, tallying two goals and one assist across the three matches. Although not credited with a goal, Repetto’s pressure in the last match resulted in a backward pass that resulted in the own goal that gave the Battery an early lead. After finding the back of the net his last time at Dillon Stadium, expect Charleston’s top goal-scorer to make his presence felt in the season series finale.

The Battery will stay on the road and travel to Connecticut ahead of the Tuesday clash to close out the away stand.

As of posting, Leland Archer, Josh Penn and Erik McCue are questionable, and Nico Rittmeyer, Mauro Cichero and AJ Paterson are out.

All Battery matches will stream domestically on ESPN+, you can tune in Tuesday here. International viewers can catch the action via the USL YouTube channel for free.