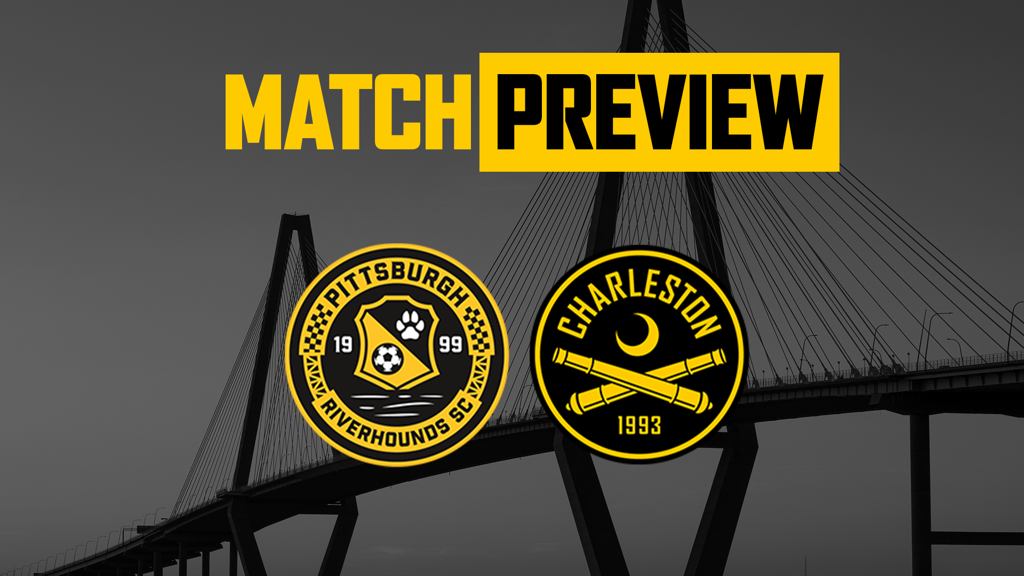 The Battery are away for their next two matches as they make their final road stand of the season, starting when they take on Pittsburgh Riverhounds SC on Saturday, October 23. Kickoff at Highmark Stadium is scheduled for 7 p.m. EST and the game is the fourth and final meeting between the two black-and-yellow clubs.

The Hounds have a slight edge in the season series with a 1-0-2 record. The most recent matchup was not short for drama after Pittsburgh got off to an early 2-0 lead at home. The Battery clawed back via goals by Leland Archer and Claudio Repetto (2) to take a late 2-3  advantage. The hosts salvaged a point with a late goal of their own to see the match end 3-3.

Pittsburgh are looking to enhance their placement in the playoffs after falling to third from second when they drew 0-0 against The Miami FC on October 16. The Hounds thought to have taken the lead in the 66th minute when an apparent Miami error led to an own goal, however the goal was ultimately chalked off the scoreboard. Miami keeper Connor Sparrow did a solid job preventing Pittsburgh from finding the back of the net as he tallied seven saves on the night.

Charleston will aim to build on a strong 3-1 home victory over LA Galaxy II on Wednesday. The night featured an early 2nd-minute goal from Geobel Perez that set the tone for the night as the Battery were eager to place pressure on the young Galaxy II squad. Los Angeles equalized in the 71st minute but the Battery were undeterred, regaining the lead just a minute later when Romario Piggott headed home his fourth goal of the season. The match was put away in the waning minutes when Zeiko Lewis and Joel Bunting worked the ball forward, with Lewis burying the Battery’s third goal of the contest.

The Battery are looking to finish the season strong despite being knocked out of playoff contention, the win on Wednesday helps in that effort, and they will face a strong Pittsburgh side eager to regain lost ground in their postseason ambitions.

The Battery were back at training Thursday following the victory over LA Galaxy II. The team will travel to Pittsburgh on Friday ahead of the Saturday clash.

Battery Assistant Coach John Wilson said the team is looking to build on the victory after rebounding from the Charlotte result.

“The biggest takeaway was being able to bounce back after a tough loss in Charlotte,” said Wilson. “What our players showed, after we moved some guys in and out, is that they’re willing to come out the next game and put on a good performance. I thought they did a great job of that, it’s something to build on.”

The team knows Pittsburgh well from the three previous meetings and understand it will be a gritty matchup against the Hounds.

“[Pittsburgh] are definitely an organized squad, Bob Lilley is one of the best in our league at putting together a game plan that not only fits a squad, but tries to take away what his opponent does well,” said Wilson.

“With all these teams we’ve played multiple times already, we know who they have and they’re a good team, we’re at their place, we’re on turf, it’s going to be a tough game,” said Kuzminsky. “It comes down to us and our mentality, we have to go out there and get the job done.”

Charleston will hope to seize the momentum of the home victory against Los Angeles and ride it into Pittsburgh.

“We want to come out hot and continue scoring early, and hopefully keep a shutout,” said Kuzminsky. “Once your name gets called, you have to step up and perform.”

As of posting, Leland Archer, Josh Penn and Erik McCue are questionable, and Nico Rittmeyer, Mauro Cichero and AJ Paterson are out.