What You Need to Know: Charleston Battery v Hartford Athletic 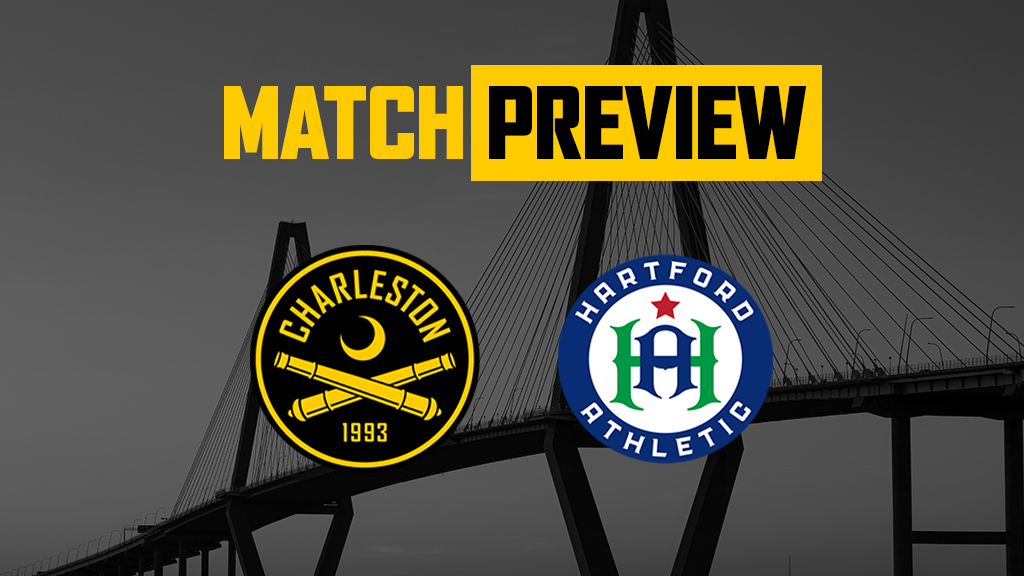 The Battery are back home Sunday as they host Hartford Athletic on Sunday, October 10. Kickoff is set for 2 p.m. EST in what will be the third of four regular-season meetings between the two clubs.

The season series is currently even at 1-1-0 heading into Sunday. Charleston won the first match in a 3-1 triumph at Patriots Point on August 17. Hartford returned the favor when they played host in a 2-1 result at Dillon Stadium. The previously-scheduled third match on September 1 in Hartford was postponed due to inclement weather and was rescheduled to October 26.

Looking at the Atlantic Division table, both teams are in dire need of a victory. Charleston are in fifth with a record of 8-11-7 (31 pts) and Hartford are in sixth with a record of 9-13-4 (31 pts), the Battery edge the Athletic on the table due to the goal differential in head-to-head matches tiebreaker.

Hartford come into Patriots Point aiming to build on a 2-2 road draw against New Mexico United that saw the visitors squander a 1-2 lead. The Athletic overcame an early 1-0 deficit with goals from Danny Barrera (penalty) and Juan Obregon, assisted by Barrera. Devon Sandoval leveled the terms for New Mexico and the 2-2 scoreline held through for the rest of the evening. With that game having been played on Wednesday, the Athletic face a similar situation as Charleston with a quick turnaround following a midweek road match.

Charleston will look to bounce back Sunday following a 4-2 road defeat against the Tampa Bay Rowdies. Charleston got on the board via a Rowdies own goal forced by pressure from Stavros Zarokostas and a stoppage time goal from Joel Bunting, assisted by Claudio Repetto. It was the Charleston native’s fourth goal of his rookie campaign. Despite the scoreline, goalkeeper Joe Kuzminsky turned in an admirable performance with a season-high eight saves on the day, and one punch. Sunday’s match will be the third for the Battery in an eight-day period.

Leland Archer will be available for selection again after missing the match against Tampa Bay due to yellow card accumulation attained in the game prior.

Playoff hopes are on the line Sunday as the losing team’s postseason chances will come to an end due to the gap between them and fourth place Charlotte Independence (46 pts).

The Battery were back in Charleston on Friday for recovery and training ahead of Sunday’s matinée match at Patriots Point.

As of posting, Romario Piggott, Temi Adesodun, Logan Gdula, and Ben Di Rosa are questionable, and Nico Rittmeyer and Mauro Cichero are out. Angelo Kelly will be unavailable for Sunday’s contest due to yellow card accumulation attained against Tampa Bay.

Sections have already sold out, but tickets are still available for Sunday's match. Secure your spot for the game via SeatGeek here.