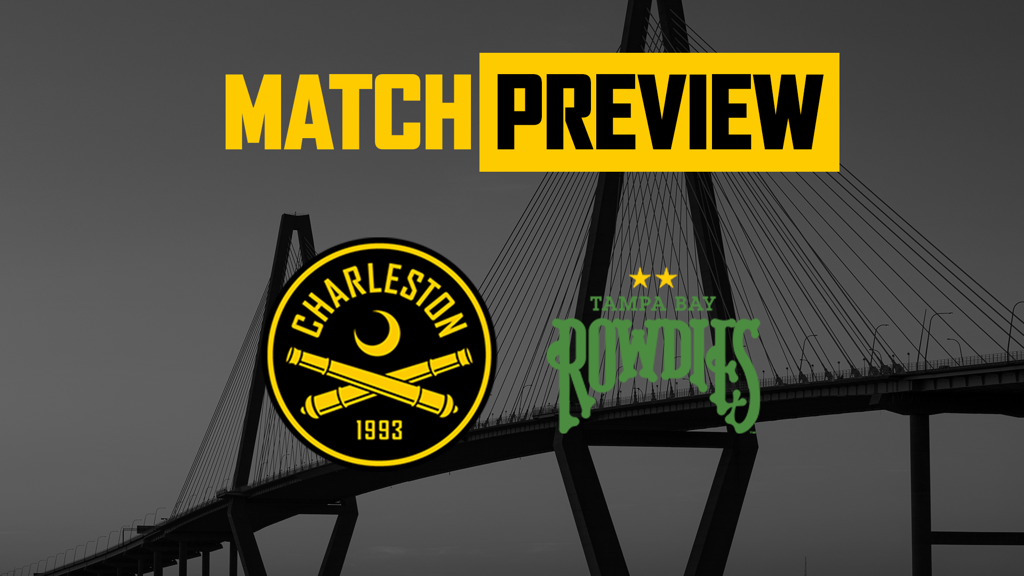 The Battery return home to take on the Tampa Bay Rowdies in a midweek match Tuesday, September 7. Kickoff at Patriots Point is slated for 7 p.m. EST as the perennial playoff contenders square off for a second time this season.

The first meeting took place in early July at Al Lang Stadium with the hosts claiming all three points in a 1-0 result. The Black and Yellow defense held firm through the first hour of action to keep the game scoreless. A penalty conceded in the 66th minute, however, was enough to lift Tampa Bay when it was converted by Sebastian Guenzatti. Joe Kuzminsky turned in an admirable performance between the sticks with six saves and one high claim.

Looking at the Atlantic Division table, the Rowdies are in first with a 14-6-1 record (43 pts) and the Battery are in fifth with an 8-7-4 record (28 pts). Just the head-to-head tiebreaker separates the Black and Yellow, who have a game in hand, from Charlotte Independence (28 pts) for the fourth and final playoff spot in the division.

Tampa Bay arrive at Patriots Point on a six-game unbeaten streak following a 3-0 home victory over Oakland Roots on September 3. The Rowdies were powered by goals from Guenzatti and Sebastian Dalgaard that gave the hosts a 2-0 advantage into the break. Lucky Mkosana came off the bench in the second half to add a third and put the game to rest. Although Oakland retained the majority of the possession, Tampa Bay’s offense overwhelmed the visitors as the scoreline suggested. The Rowdies created more chances, 17 to 3, and outshot the visitors, 20 to 4. Tampa Bay’s been clicking on both sides of the ball during the run they’re on, outscoring opponents 10-2.

The Battery’s previously scheduled match against Hartford on Wednesday, September 1, was postponed due to weather in the Hartford area. A reschedule date is to be announced. Charleston’s prior match resulted in a hard-earned point secured in the 0-0 result against Orange County SC on Saturday. The night’s proceedings featured a defensive standoff that saw neither side blink during the match. Leland Archer continued his strong run of form by leading the game in clearances (9) and interceptions (4) to help preserve the shutout. The Battery will look to build on that point earned as they return home.

Come kickoff, Tuesday’s match will be the first of three meetings between Charleston and Tampa Bay in a month’s time. The two will square off again at Patriots Point on Saturday, October 2, for Military Appreciation Night and again five days later on October 7 at Al Lang Stadium. 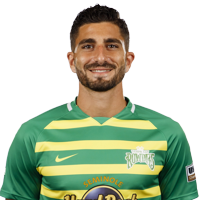 Guenzatti has been Tampa Bay’s most productive player on offense this season with a team-leading 10 goals to his name, double the next player behind him (Steevan Dos Santos, 5). The Uruguayan got Tampa Bay on the board first after being absent from the scoresheet since late July. Guenzatti is also third on the team in assists with two and second in chances created with 22, and has appeared in all 21 of Tampa Bay’s matches. Expect the Rowdies captain to be a key figure to keep an eye on at Patriots Point throughout the night. 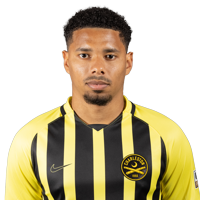 Lewis has been a solid contributor to the Battery’s attack throughout the season. The Bermudian international leads the team in assists (7) and chances created (33). Lewis’ assist total places him tied for third most in the league, just one off pace of the league lead (8, Danny Barrera and Michee Ngalina). Lewis has also been off the scoresheet since August 1, however he scored against Tampa Bay the last time the Rowdies visited Patriots Point, a 1-0 Battery victory. Expect Lewis to play a pivotal role in Charleston’s attack to break through Tampa Bay’s stringent defense.

The Battery returned to Patriots Point for training Friday following the postponement of the Hartford match. The Black and Yellow ready themselves ahead of a crucial Tuesday fixture with playoff implications.

Although there was no match played Wednesday, Head Coach Michael Anhaeuser made sure the competitive edge was maintained during training.

“We came back, we had a great scrimmage, 75 minutes on Friday, to get everybody the minutes to make sure we kept [the players] fresh,” said Anhaeuser. “[Sunday] was a great session and we'll train [Monday] to keep the same rhythm. The biggest thing was getting that scrimmage in, so we kept guys playing on a full field.”

Tampa Bay are a familiar adversary for Charleston and Coach Anhaeuser said the team knows what dangers the visitors can pose at any moment during a game.

“We have to match that same intensity, we have to have that quality, because that's what [Tampa Bay] have.”

Midfielder Angelo Kelly said the team is ready to get back into the game setting during training and following Wednesday’s postponement.

“Everything has been great [in training], some of the guys are very energetic since last time we were supposed to play Hartford,” said Kelly. “As a group we are fully rested and we're very excited for Tuesday to come.”

With the Atlantic Division standings as close as it is, Kelly said the squad knows every game is critical with the regular season winding down.

“At this point of the season, the [division] table is very tight, the biggest thing is to start getting separation from the lower part of the [table],” said Kelly. “Every game is crucial for us, we have to get three points from them, drawing or losing is not an option.”

As of posting, Nique Daley is questionable, and Temi Adesodun, Logan Gdula, Nico Rittmeyer, and Mauro Cichero are out. DZ Harmon is unavailable for Tuesday’s contest due to the red card issued during the Orange County tie.

Tickets are still available for Tuesday’s match and can be purchased via SeatGeek here.