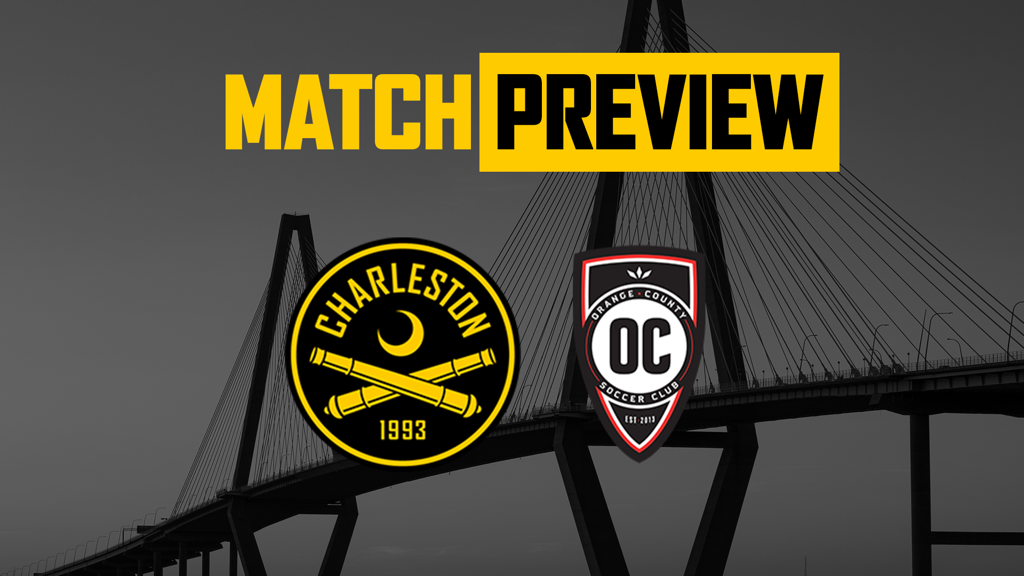 The Battery return home for a Saturday night meeting with Orange County SC set for August 28 at Patriots Point. Kickoff for the East Coast-West Coast showdown is 7:30 p.m. EST and is the first duel between the two sides since 2014.

The California club are not the only Golden State outfit to visit the Lowcountry this season, as LA Galaxy II will make the trip back in October following postponement of the original date. Orange County will be the second Western Conference opponent for Charleston after the Black and Yellow faced New Mexico United away in July.

Orange County are coming off a 1-2 away victory over San Diego Loyal that was noteworthy for a few reasons. The win was the team’s first at San Diego in club history and the deciding goal came as an own goal minutes after Orange County equalized in the second half. The game was also the first under Interim Head Coach Richard Chaplow after previous boss Braeden Cloutier was relieved of his duties, per the club’s announcement on August 19. Saturday’s match will be Chaplow’s second with Orange County in his new role.

The Battery are looking to build on a 2-3 away victory over New York Red Bulls II last Saturday, August 20. The victory over New York was the first since July 23, 2016, also a 2-3 result at MSU Soccer Park. The Black and Yellow offense turned in a strong performance, scoring early and often in the first half which proved to make the difference. Appearing on the scoresheet were DZ Harmon, Josh Penn and Claudio Repetto. Geobel Perez registered a pair of crucial assists during the evening. The Battery defense held firm against an energized Red Bulls II team who managed to grab a late goal, but Charleston still walked away with the three points. Saturday is the first home match for the Battery since August 13.

Saturday’s marquee matchup will be the furthest distance traveled by Orange County for a game this season – roughly 2,500 miles separate Patriots Point and Championship Soccer Stadium in Irvine, California. Head-to-head, the Battery lead the all-time series 4-1-1 and won the last meeting 3-2, a brace by Dane Kelly helped lift Charleston on April 13, 2014. 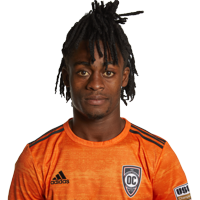 Damus has commanded a dangerous presence in Orange County’s offense all season long, leading the club in scoring with 10 goals in 15 appearances. The 2019 League One Golden Boot winner has been efficient in getting onto the scoresheet, his 130 minutes per goal scored leads Orange County and is second only to Claudio Repetto’s 98.2 minutes per goal in Saturday’s matchup. Damus notched an equalizer and eight recoveries en route to Orange County’s 1-2 victory over San Diego, earning him USLChampionship.com Man of the Match honors. Expect the Haitian international to provide threatening opportunities during Saturday’s cross-country fixture. 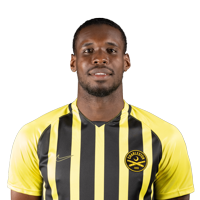 Archer performed well in his return to the pitch after a three match absence and donned the captain’s armband once again. The center-back made his presence felt against the Baby Bulls with an eye-popping 13 clearances on the night. Archer also won all six of his duels, tallied nine recoveries and had a clutch goal-line block that kept New York from adding a second goal in the 80th minute. For the whole year, Leland has been hovering among the top in the league in clearances, currently tied for fifth with 77. Archer was the second-highest rated performer during the match against Red Bulls II, earning a rating of 8.1 (out of 10) by FotMob.com – look for him to build on that form come Saturday.

The Battery returned to Charleston on Sunday following their week away and practiced ahead of Saturday’s match at Patriots Point.

Head Coach Michael Anhaeuser said the emphasis this week has been recovery following the long road trip and reacclimating to playing in the Lowcountry again.

Preparations began Tuesday for Orange County, who Anhaeuser noted have a potent blend of players that are capable of causing damage.

“[Orange County] are a very good, organized defensive team and they hit you on the counter with their pace and power up front,” said Anhaeuser. “They’re a solid team, they have experienced players and then they have some really good young players.”

Midfielder DZ Harmon mentioned the team is looking to build on the victory at New York ahead of Saturday's match.

“Against New York we had a few chances and we took them, finishing our chances is going to be massive [against Orange County], just being comfortable on the ball and trying to keep it as much as we can,” said Harmon.

With the Battery returning home for the first match at Patriots Point since August 13, Harmon said the team is excited to play in front of the home fans again.

“[The fans have] a massive impact, just them cheering, yelling, it keeps us going. It’s positive energy.”

Harmon believes it will take a complete performance to secure three points against a tough Orange County side.

“Being good in every aspect of the game, defensively we’re trying to stay compact and not concede, and being more clinical in front of the goal to score more,” said Harmon.

As of posting, Temi Adesodun and Joel Bunting are questionable, and Jarad van Schaik, Logan Gdula, Nico Rittmeyer, and Mauro Cichero are out.