What You Need to Know: Charleston Battery v Charlotte Independence 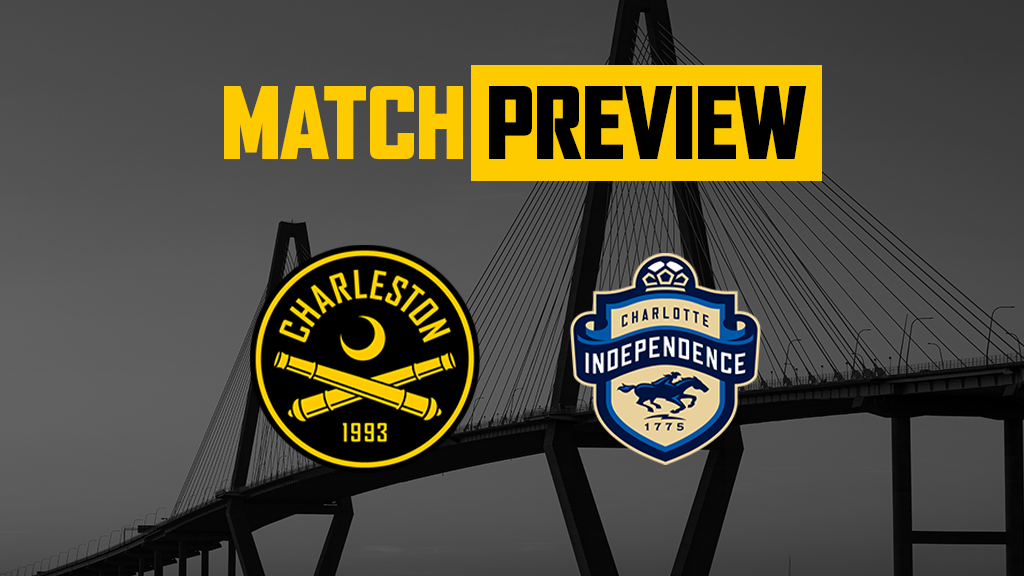 The Battery are back at home on Friday to host Charlotte Independence in the first leg of the supporter-led Southern Derby. Kickoff at Patriots Point is slated for 7:30 p.m. EST. The Friday night fixture is the second match played in front of a full-capacity crowd at Patriots Point this season.

The series has gone Charlotte’s way so far as the Jacks won the first two matches, once in the Lowcountry and once at the Sportsplex at Matthews. Charleston will look to return the favor in the second half of the season series.

Looking at the Atlantic Division table, the Independence are in fifth with a 5-6-1 record (16 pts) and the Battery are in sixth with a 4-4-3 record (15 pts). Charleston have one game in hand over Charlotte.

The Independence will look to turnaround a recent spell in their results that has seen the Jacks go 0-3-1 in their last four matches. Charlotte are coming off a 1-1 home draw against Phoenix Rising FC in their last outing. Irvin Parra needed just over one minute to get the scoring started and give the Independence an early 1-0 lead. Phoenix, however, nullified Charlotte’s lead in the 20th minute with an equalizer by David Egbo. Both sides had a flurry of opportunities in dangerous spots near the net in the first half but neither could convert.

Charleston are coming off a triumphant 3-1 home victory over Hartford Athletic that the club will look to build on. Romario Piggott scored his first goal of the season as he celebrated his 26th birthday. Claudio Repetto doubled the lead in the 58th minute when the first-year striker sent a blazing left-footed strike into the top corner of the next from the edge of the 18-yard box. Hartford sought to make a late comeback after Tulu scored in the 83rd minute and the Connecticut club pressed forward, but Nicque Daley caught Hartford on a dispossession and the Jamaican’s stoppage-time goal put the game away.

As the Southern Derby Cup is back up for grabs, the winner of the cup will not be determined until after the second leg, played in Charlotte on Saturday, October 16. 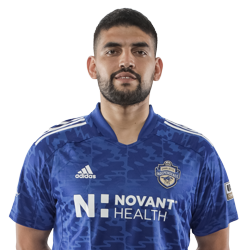 Parra has commanded a dangerous presence in his first season with the Jacks, scoring four goals so far this season. Parra was particularly threatening the first time he visited Patriots Point, notching a brace in Charlotte’s 0-3 victory. Parra scored again in the club’s last match and was named Man of the Match by FotMob.com for his exceptional play, earning a match-high 8.0 (out of 10) player rating. Given his previous experience against the Black and Yellow, expect Parra to provide threats as he complements Dane Kelly in the Independence attack. 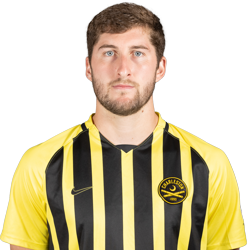 Hogan has been growing in his role as part of the Battery back line, making eight starts in his nine total appearances. Patrick has been starting to find his footing in the professional level since making the transition. Last match against Hartford, the 6-4 center back led the team in blocks (2) and aerial duels won (4), while completing 36 of 41 passes. With lineup changes around him, Hogan has been able to become a regular presence with the Battery and the Charlotte native now looks to face his old hometown club a second time.

The Battery returned to training at Patriots Point on Monday following a recovery day after Saturday’s victory. The team has been making preparations for meeting number three against the Independence.

The theme this week in training is “keep it rolling,” said Head Coach Michael Anhaeuser, as the team looks to build on Saturday’s victory.

“You get three goals at home and with the crowd that we had, you want to just keep that momentum going,” said Anhaeuser. “If we can keep that going, we’re going to be in a good place."

“When you play somebody a third, fourth time, you really end up knowing them, but we have to pick up the things we’ve gotten caught by,” said Anhaeuser. “[Charlotte] are very good, they have experience defensively, they clog the space. We want to make sure that, just like last game, we want to get that first goal.”

In contrast with the rest of the squad, this will be the first time facing the Independence for forward Claudio Repetto, who has scored two goals in as many games.

“I’ve been watching videos [of Charlotte’s matches] and I’ve been seeing they’re very strong in the back, very experienced all over the pitch,” said Repetto. “But I go into every game with the same mentality, I worry about myself and the team.”

Repetto’s goal against Hartford triggered a smoke-and-confetti celebration in the Supporters Section behind the net he scored on and the support from the full-capacity crowd has not gone unnoticed by the squad.

“The crowd has been amazing these past games, they really help us out a lot,” said Repetto. “It’s like having a 12th player on the field with us, and definitely we look forward to the next game to have the same crowd pushing us forward.”

As of posting, Jarad van Schaik and Geobel Perez are questionable, Robbie Crawford, Nico Rittmeyer, and Mauro Cichero are out.

Tickets are still available for Friday’s match with sections beginning to sell out. Get your tickets via SeatGeek here. All Battery matches will also stream on ESPN+ domestically and through the league’s YouTube channel for free internationally.