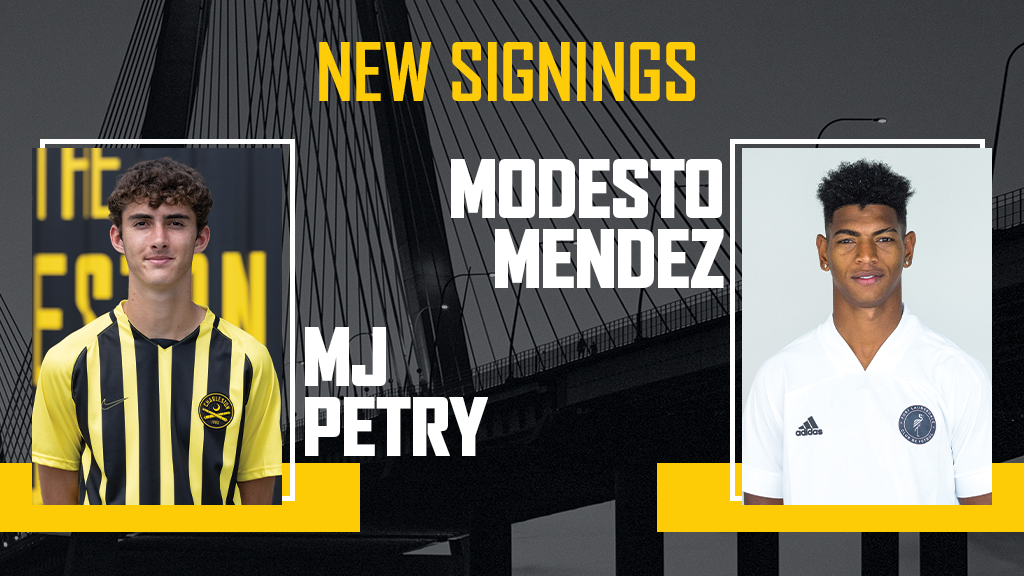 The Charleston Battery announced a pair of additions to the roster Monday, signing midfielder Michael John “MJ” Petry to an academy contract and defender Modesto Méndez on a short-term loan from Fort Lauderdale C.F., pending league and federation approval.

Petry, a 17-year-old midfielder, hails from Charleston and previously played at Oceanside Collegiate Academy in Mt. Pleasant, South Carolina, where he won a state championship in 2019 and became the school’s all-time leader in goals and assists. His exceptional play earned him All-State and All-Lowcountry honors while at Oceanside.

“I’m both humbled and excited to sign as an academy player with the Charleston Battery, a franchise rich in history,” said Petry. “The professional quality of the coaches, players, and management is phenomenal, and I am excited to be able to contribute to the team’s continued success.”

Méndez is a native of Pinar del Rio, Cuba, and is a 23-year-old defender. He joins the Battery on a short-term loan for the Monday match against New Mexico United only. With League One side Fort Lauderdale C.F., the defender has made six appearances this season and 14 total across the past two seasons.

Méndez has also represented Cuba internationally, making his first appearance for the Cuban national team on June, 8, 2021, against St. Vincent and the Grenadines during CONCACAF qualifiers for the 2022 FIFA World Cup. He joins fellow countryman Geobel Perez with the Black and Yellow for the match.