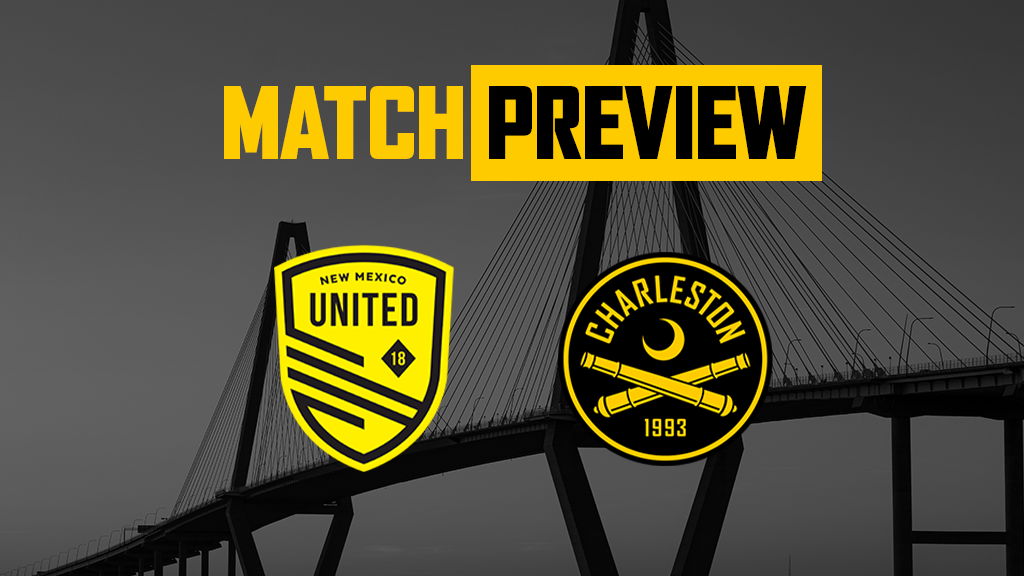 The Battery are on the road to start the week, making the cross-country journey to face New Mexico United in Albuquerque, New Mexico on Monday, July 12. Kickoff is slated for 9:30 p.m. EST/7:30 p.m. MDT. The fixture is the first-ever meeting between the two black-and-yellow sides.

Although just the first meeting between the two clubs, there are many more ties than just the similar color palette. New Mexico Head Coach Troy Lesesne is a South Carolina native who previously played for the Battery and served as an assistant coach for the club under Anhaeuser. Lesesne additionally played college at the College of Charleston and later coached the Cougars under Ralph Lundy, where he recruited current Battery players Leland Archer, Temi Adesodun and Nico Rittmeyer. Monday will be the first managerial duel between Anhaeuser and Lesesne.

Additional ties between the clubs exist with Zach Prince, an assistant on Lesesne’s technical staff, who made more than 150 appearances for the Battery under Anhaeuser before entering the coaching ranks. Current New Mexico goalkeeper Alex Tambakis and midfielder Micheal Azira both have also competed for Charleston in the past.

New Mexico are making a quick turnaround between matches after playing Colorado Springs Switchbacks FC on Friday night, a 3-1 victory. The match was a 1-1 stalemate until the very end when New Mexico scored the go-ahead goal in the 90th minute and then put the game away in the 93rd minute off a corner kick. Isidro Martinez came off the bench to assist both goals to secure the victory.

The Battery are coming off a 1-1 home draw against Pittsburgh Riverhounds SC. Charleston struck first via a Geobel Perez goal in the 9th minute of the contest that stood as the difference-maker for much of the afternoon. The Hounds, however, managed to equalize in the 85th minute following a dramatic build-up near the byline to share the points.

Monday’s meeting isn’t short of interest or intrigue in the pre-match storylines and the display on the pitch should be equally compelling as the first installment of the Black and Gold Derby, as it’s been dubbed. 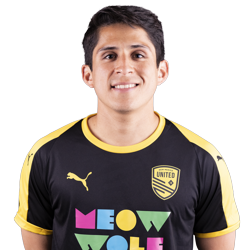 Martinez had a productive match against the Switchbacks, coming off the bench to tally two crucial assists in just 29 minutes of play. The assists came in the 90th and 93rd minute and proved to be the difference makers, as the goals that followed broke the 1-1 deadlock and then put the game away. His key contributions earned him Man of the Match honors from USLChampionship.com and FotMob.com. On the year, he co-leads the team in chances created and is one of five players on New Meixco to appear in all 12 matches. 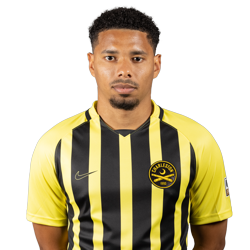 Lewis returns to the Battery lineup after competing with the Bermuda national team in the preliminary rounds of the CONCACAF Gold Cup. Zeiko tallied one goal and three assists in two matches while on international duty and will look to bring that production back to the league stage. Lewis leads the team in chances created and assists, and co-leads in goals and shots. Expect the team to lean on Lewis’ experience and leadership as he makes his way back onto the pitch for Charleston.

The Battery returned to training at Patriots Point on Friday following a day of rest on Thursday. The team prepares for their first trip of the year outside the Eastern Conference.

Head Coach Michael Anhaeuser discussed the role the squad’s younger members have been playing throughout the lineup and the impact they’ve had in their first professional seasons.

“We’ve got a few young guys who have stepped in and did a great job, especially working through some of the things that they’ve been working on in the preseason and now into the season,” said Anhaeuser. “It’s very good, once we get everybody back it’s going to be a great thing because you’re going to have guys that you can slide right in and make the difference.”

Monday’s match will be the first time facing New Mexico, who joined the league in 2018.

“Troy [Lesesne] has got guys in there that can play, he likes to possess the ball a little bit,” said Anhaeuser. “Their field is not the easiest to play on, it’s a real long grass compared to here, it’s going to be different. It’s like when you play on turf compared to our field, so you have to be prepared for that.”

The match will be the furthest away trip for the club thus far, midfielder Romario Piggott spoke on preparing for the journey.

“It’s been a short week after the game [on Wednesday], we did a lot of recovery sessions because we have a lot of games coming,” said Piggott. “It’s always the same, we have to focus on ourselves. We know it’s going to be hard to go there, it’s the other conference, they play a different style, but we have to focus on ourselves first and try to get the three points there.”

Piggott has made two appearances so far since returning to the Battery and has been working his back onto the pitch each game since re-signing.

“I’ve been feeling better and better every week, obviously I want to get to 100%, but I know it’s going to take time,” said Piggott. “I just have to be focused on myself and  personally I feel really good and everything is looking good and better.”

On the keys to win, the Battery will look to overcome the New Mexico crowd which has been among the more active ones in the league.

“They have a good crowd, it’s going to be a good environment there, so we have to go there and do our game to bring the three points back home,” said Piggott.

AJ Paterson is off on international duty with the Grenada national team for the Gold Cup Group Stage.

All Battery matches will be streaming on ESPN+. You can tune in on Monday here.