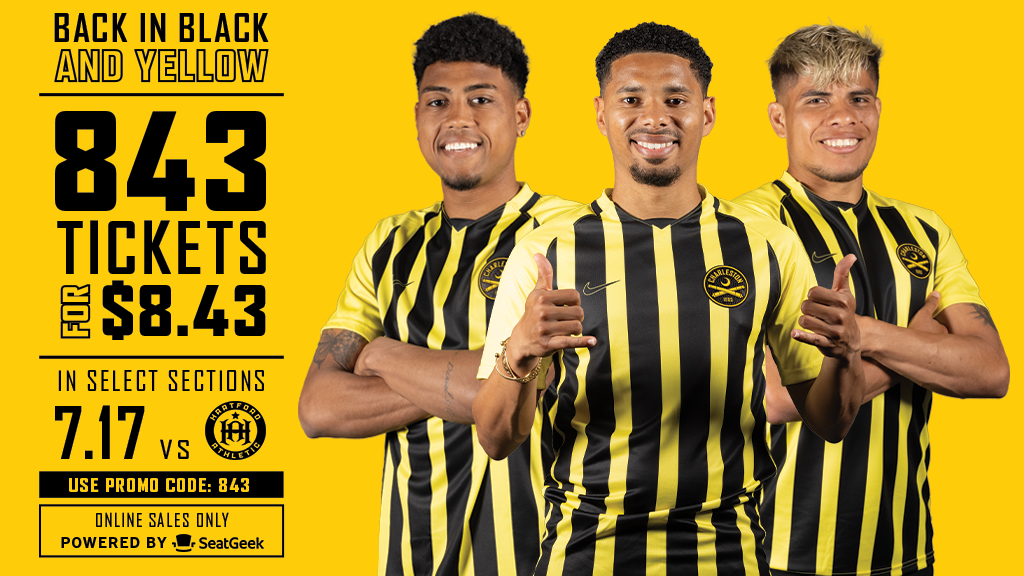 The Charleston Battery announced Thursday that all remaining home matches at Patriots Point will be open at full capacity. Starting with the July 17 contest against Hartford Athletic, the team will welcome close to 4,000 fans to Patriots Point for the remainder of the season.

“We’ve been waiting a long time for this day” said Battery chief revenue officer Scott Krenitski. “The support from the community has been amazing for the first few home matches this season, with sold out crowds at a limited capacity. We’re excited to finally welcome a full crowd to experience live pro soccer and everything we’ve built at Patriots Point. We certainly know the players can’t wait to have the stadium rocking on July 17.”

To celebrate the full reopening of Patriots Point to the Charleston community, the club will be selling 843 individual General Admission tickets for the July 17 match against Hartford Athletic at $8.43 per ticket. The next 843 fans to purchase General Admission tickets online via SeatGeek using the code 843 will be able to quickly take advantage of the discounted ticket offering. The Saturday evening match will also feature a pre-match concert with local-favorite Greg Keys & Co., and giving away exclusive Battery Rally Flags to the first 500 fans through the gates.

The Battery will host eleven remaining home matches at Patriots Point for the 2021 season, including Saturday’s match against Hartford. Fans can look forward to additional events at the stadium and in the new Battery Pavilion which features season-long partners Home Team BBQ, Coastal Crust Wood-fired Pizza, frosé from The Co-Op and more.

With Patriots Point now at full capacity, tickets are still available for next Saturday’s match against Hartford Athletic on July 17 at 7:30 p.m. Fans can purchase tickets, including the exclusive $8.43 tickets, at tickets.charlestonbattery.com.