July 7 Match Against Pittsburgh Moved to 4:00 PM, To Be Played Behind Closed Doors 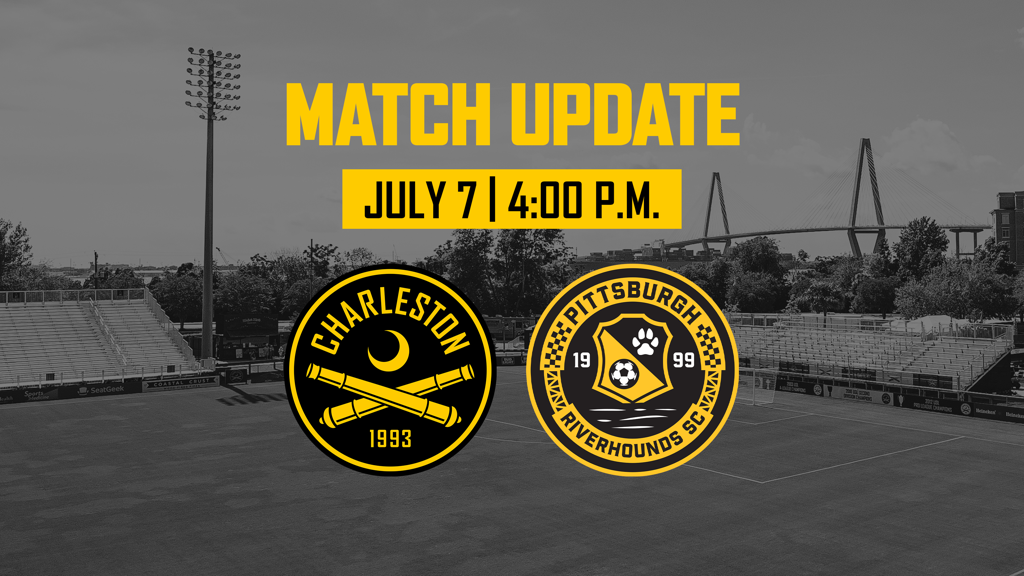 The Charleston Battery, in coordination with the USL Championship, announced Tuesday that the July 7 match against Pittsburgh Riverhounds SC will be played at 4:00 p.m., behind closed doors as Tropical Storm Elsa approaches the Carolinas and the Charleston area remains under a tropical storm watch.

Due to the highly unpredictable nature of the storm and out of an abundance of caution, the club, in coordination with the league, determined playing the match at an earlier time behind closed doors was the safest option.

As of posting, the storm is expected to reach the Lowcountry as early as Wednesday evening.

“We prioritized the safety of the fans, our partners, and the players in the decision to play tomorrow’s match earlier and without fans in attendance,” said Battery executive chairman Rob Salvatore. “Working with the league, delaying the game to later this week or rescheduling to later in the season were unfortunately not options due to an already extremely condensed schedule the remainder of this season.”

Season Members and ticket-holders to Wednesday’s match will receive direct communications from the team with the opportunity to use their purchased tickets for a future match later this season.

“While safety was our top concern,” Salvatore added, “we also understood the possibility that fans would not be able to make an afternoon kickoff midweek on short notice or would not want to travel to the stadium during inclement weather. For all fans that had planned to attend, we hope that you remain safe and look forward to having you back to Patriots Point again this season.”

Fans will still be able to catch Wednesday’s 4 p.m. match against Pittsburgh via the match broadcast streaming on ESPN+.