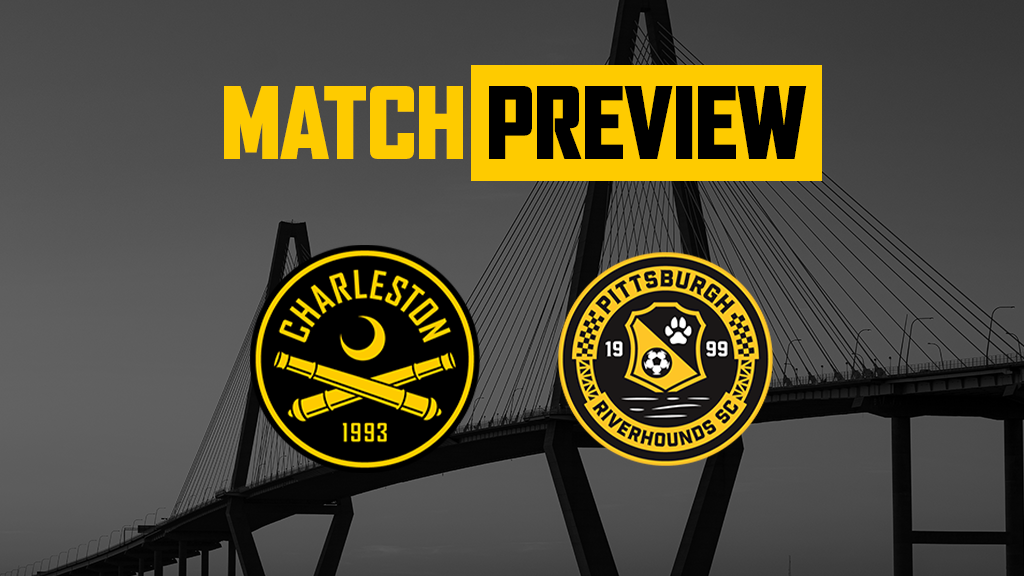 The Battery return home to Patriots Point to face Pittsburgh Riverhounds SC on Wednesday, July 7, 2021. Kickoff is scheduled for 4 p.m. EST. The midweek fixture is the first meeting between the two black-and-yellow sides since 2019 and puts the supporter-led Old Guard Shield back in play.

The clubs last met in the 2019 season, where the fixtures ended once in a draw and once in a Pittsburgh victory. The last Battery victory came on July 21, 2018, in Pittsburgh, when a match-winning goal in the 88th minute from Ataullah Guerra lifted Charleston, 0-1. Since 2014, the Battery lead the series with a 5-2-6 record.

The Hounds are coming off a 1-0 home victory over Charlotte Independence on July 3. Anthony Velarde scored the lone goal of the evening during stoppage time before the first half ended. Pittsburgh peppered the Independence with shots throughout the night, but Charlotte goalkeeper Brandon Miller kept the game close with eight saves during the contest. The hosts outshot the Jacks 15 to 6 and held the majority of the possession with 56% on the day.

The Battery are looking for a bounce-back performance at home following a hard-fought 1-0 road defeat against Tampa Bay Rowdies on July 2. The deciding moment in the match came in the 67th minute, when the Rowdies were awarded a penalty for a Battery foul inside the 18-yard box. Sebastian Guenzatti converted to give Tampa Bay the breakthrough goal a minute later. Charleston had a handful of chances during the match but were unable to produce an equalizer. 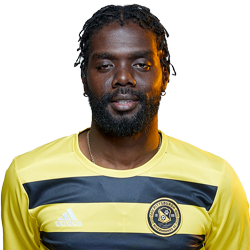 Kenardo Forbes has been a central part of the Pittsburgh midfield since the 2018 season. The experienced Jamaican currently leads the team in chances created with 22. He additionally has two assists on the year. During their last match, Forbes was among the top performers, completing 39 of 46 passes, with two key passes, and earned a rating of 7.6 (out of 10) by FotMob.com. Expect the midfielder to be a factor once again on Wednesday. 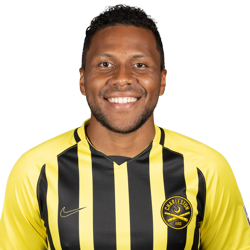 Romario Piggott makes his return to the Battery in 2021 after playing an important role with the club in the two years prior. The Panamanian midfielder made 11 starts in 2020, tallying two goals, one assist, and nine key passes, before his season was cut short due to injury. Piggott made his 2021 debut against Tampa Bay when substituting into the game during the 84th minute. The crafty midfielder has the ability to add an extra element of playmaking and energy into the Battery attack that could see him be a difference-maker on Wednesday.

The Battery returned to training on Sunday following a rest and travel day on Saturday. Charleston will play at Patriots Point for the first time since their 3-0 defeat of Loudoun United FC on June 26.

As of posting, Stavros Zarokostas is questionable and Logan Gdula, Jarad van Schaik, Mauro Cichero, and Nico Rittmeyer are out. AJ Paterson (Grenada) and Zeiko Lewis (Bermuda) are off on international duty with their national teams for the CONCACAF Gold Cup.

Wednesday’s match is will be played behind closed doors in an abundance of caution due to Tropical Storm Elsa. You can still catch the action via the broadcast on ESPN+.