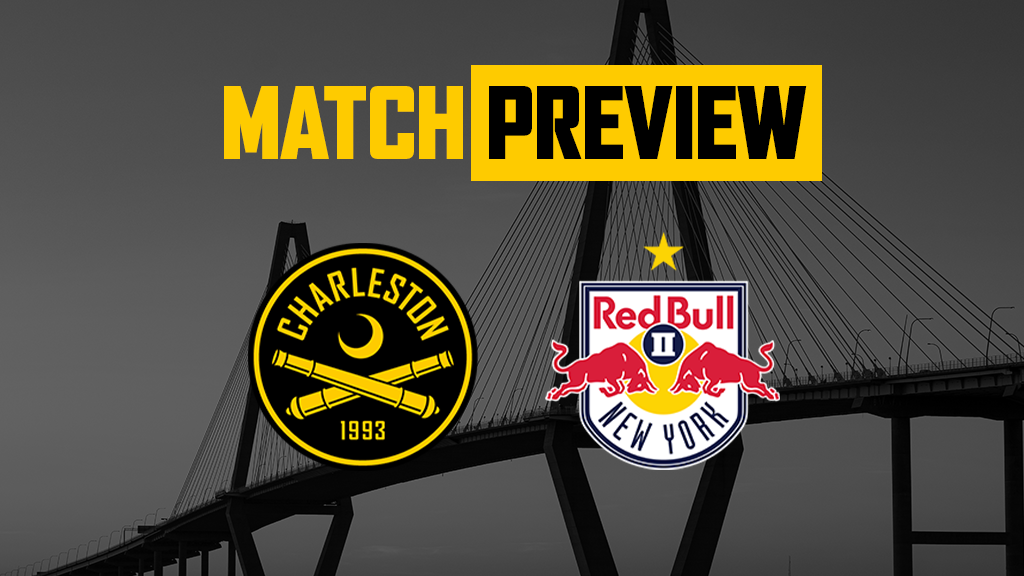 The Battery return home this weekend to host New York Red Bulls II on Saturday, June 12, at Patriots Point. Kickoff is slated for 7 p.m. EST. The fixture is the third of four meetings between the two Atlantic Division teams.

Both matches between the clubs have ended in draws, with the visiting team equalizing in the second half to share the points. Zeiko Lewis scored late to earn a draw in the first game of the Battery’s season in New Jersey. Roald Mitchell and Mandela Egbo (penalty kick) scored in the second half to level the result on May 23 at Patriots Point.

Charleston are coming off their first victory of the season, securing three points on the road against Loudoun United FC. Burke Fahling came off the bench in the second half to score the match-winning goal in the 71st minute. The goal was the first of Fahling’s professional career. The night featured another strong performance from goalkeeper Joe Kuzminsky, whose three-save effort earned Charleston their first clean sheet of the year. AJ Paterson is back with the squad after returning from international duty with the Grenada national team for CONCACAF qualifiers for the FIFA World Cup.

New York are looking to bounce back after a forgettable 7-0 loss to Hartford Athletic on the road. Hartford, firing on all cylinders, were led by Daniel Barrera’s strong midfield play with three assists and one goal. Red Bulls II did have some early chances not go their way as a pair of dangerous shots hit off the woodwork in the first half that could have changed the game’s momentum had either, or both, converted.

In their thirteenth meeting with New York, the Battery are looking for their second win over Red Bulls II having drawn 8 times and lost thrice historically. The fourth and final match of the series will take place in New Jersey on August 20. 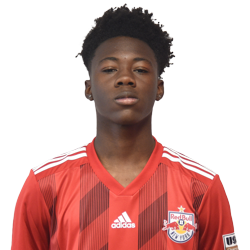 Mitchell had a strong performance against the Battery on May 23. Mitchell’s one goal helped put Red Bulls II back in the game after going down early 2-0. On the day, he had six total shots and was regularly threatening in and around the 18-yard box. The efforts of Mitchell earned him Man of the Match honors from USLChampionship.com and FotMob.com, the latter rating his performance a match-high 8.6 (out of 10). Mitchell was not in the lineup against Hartford, but expect him to be a dangerous piece in the Red Bulls II offense if he is back on the field. 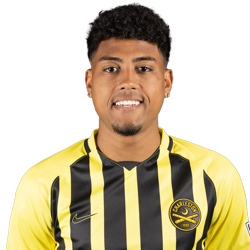 Gdula has been a regular starter and contributor in the Battery back line in 2021. The defender currently has the second-most tackles won and duels won on the squad. Against Loudoun last match, Gdula’s strong showing saw him named FotMob.com Man of the Match with a rating of 7.8. Gdula co-led the team in tackles and duels won, in addition to one shot on the night. As a regular piece in the Battery defense, expect Gdula to stay a consistent performer against Red Bulls II’s forward press while also seeking opportunities up the side on the attack.

The Battery returned to training at Patriots Point on Thursday following a rest and travel day on Wednesday after their victory over Loudoun.

Head Coach Michael Anhaeuser was satisfied with Tuesday’s result and the defensive performance in the club’s first clean sheet of 2021.

“In the end, it’s really about getting that first win,” said Anhaeuser. “I think overall we were defensively sound, it was a very difficult surface [to play on], so when you can win on the road 0-1, you got to take that and move forward, and take as much of the positives as getting the result.”

New York are a familiar opponent and the focus in training now shifts to playing Red Bulls II for a third time on Saturday.

“We’ve played New York twice already, they’re a very pressing team, they’re going to be high intensity,” said Anhaeuser. “It’s getting ourselves back in focus, because we played a more possession-style team on Tuesday, and now New York is going to probably high press and pressure us in the back and try to get after us a little more than even Loudoun did.”

On the field, the players are leaning on past matches against Red Bulls II in their preparations for Saturday.

“When you’ve faced a team like that this many times in that time span, you learn their habits and the way they play,” said defender Logan Gdula. “You also learn what they’re good at and their weaknesses, and what you can try to exploit as a team.”

The squad is looking to seize on the momentum from their away victory over Loudoun and keep that trend going to deliver a win for the fans Patriots Point.

“I think it was a good day, a lot of players got a debut, Joel and Patrick got debuts, Temi got a start, which is really good for the team and the morale of the guys, very happy for them.”

As of posting, Mauro Cichero and Nico Rittmeyer are out.

Saturday’s match is almost sold out, get your tickets via SeatGeek here. All Battery matches will also stream on ESPN+.