Battery Secure First Victory on the Road over Loudoun 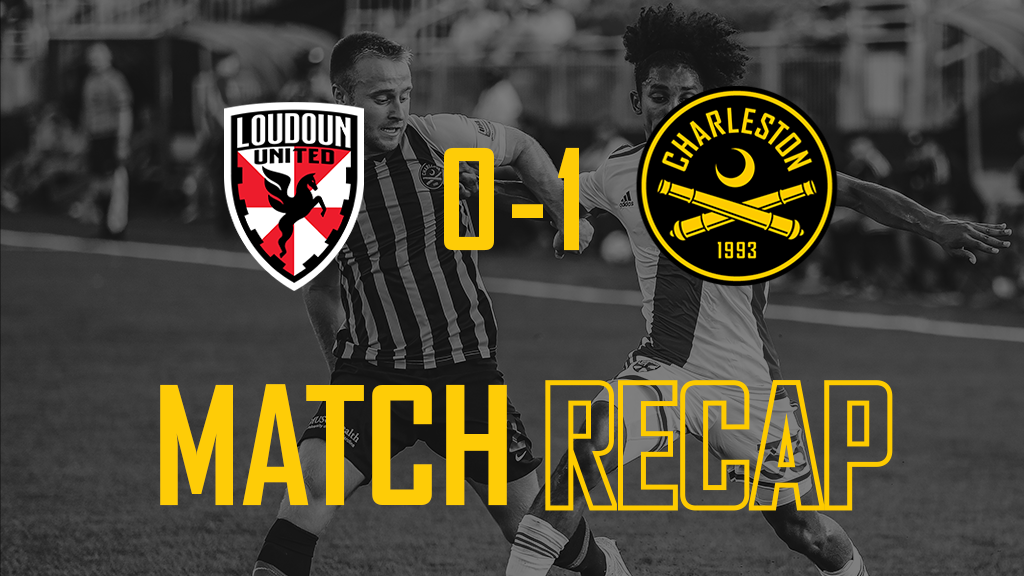 The Charleston Battery secured their first three points of the season Tuesday night in an 0-1 victory on the road over Loudoun United FC. Burke Fahling provided the lone goal of the evening in the 71st minute, assisted by Zeiko Lewis.

The first half ended in a 0-0 stalemate as neither side found a goal. Battery goalkeeper Joe Kuzminsky stood strong in the net throughout the half to preserve the level terms despite an injury in a 32nd-minute save. Loudoun nearly got the scoring going early in the 3rd minute, but Kuzminsky was there to block Logan Panchot’s near-side shot. Kuzminsky was there again in the 40th minute with a punch save to deny Robert Dambrot’s shot as Loudoun were dangerously deep in the box.

Charleston’s half was more defense than offense, with only a pair of shots attempted. Logan Gdula had a chance off a deflected ball, but his shot went over the crossbar in the 25th minute. Geobel Perez worked his way into the box near the end of the half, but his 46th-minute attempt was deflected.

The Battery came out in the second half looking to change the narrative with a pair of threatening runs in the 46th and 50th minutes. Coach Michael Anhaeuser made adjustments in the 56th minute with Joel Bunting, DZ Harmon and Burke Fahling all subbing in. The 71st minute proved to be the difference maker when Fahling scored off a perfectly-placed cross from Zeiko Lewis. The goal was the first of Fahling’s professional career.

“I knew I'd get an opportunity to go in and I just made sure that when I went in, that I was able to have quality and hopefully lift the guys a little bit,” Fahling said.

The evening developed into a strong defensive outing for the Black and Yellow as the team earned their first clean sheet of the season. The match was full of firsts, in addition to Fahling’s goal and the clean sheet, Joel Bunting and Patrick Hogan made their professional debuts off the bench, and Temi Adesodun made his first career professional start.

“In training, we are younger, but I feel like the young guys do just as well as the older guys,” said Fahling of playing with the other first-year players. “Joel and Patrick made their debuts and they did extremely well. It's nice to come up with guys who are also ready to make a difference, it's a good environment to be in.”

“It is a great feeling when you get that first win, you know,” said Battery Head Coach Michael Anhaeuser. “It’s the hardest one sometimes to get and obviously with the long start, the delays, the cancellations and all the things going on, this puts us right back in to get moving forward.”

Looking at the overall performance, he added, “I think our energy level coming out of the gate, especially our pressure up top, we kind of sat back a little. You have to give [Loudoun] credit, but what we did is we actually defended as a team. We did what we had to do in the middle of the field. It probably wasn’t our best performance offensively, but when you win one zero on the road, you got to take that and really say great job to the whole team.”

The Battery will look to build on this momentum on Saturday, June 12, when they host New York Red Bulls II at Patriots Point in the third meeting between the two sides. Limited tickets are still available for Saturday's match via SeatGeek as the Battery look to sell out Patriots Point for the third consecutive match.