Battery vs. Galaxy II Match Postponed Due to Inclement Weather 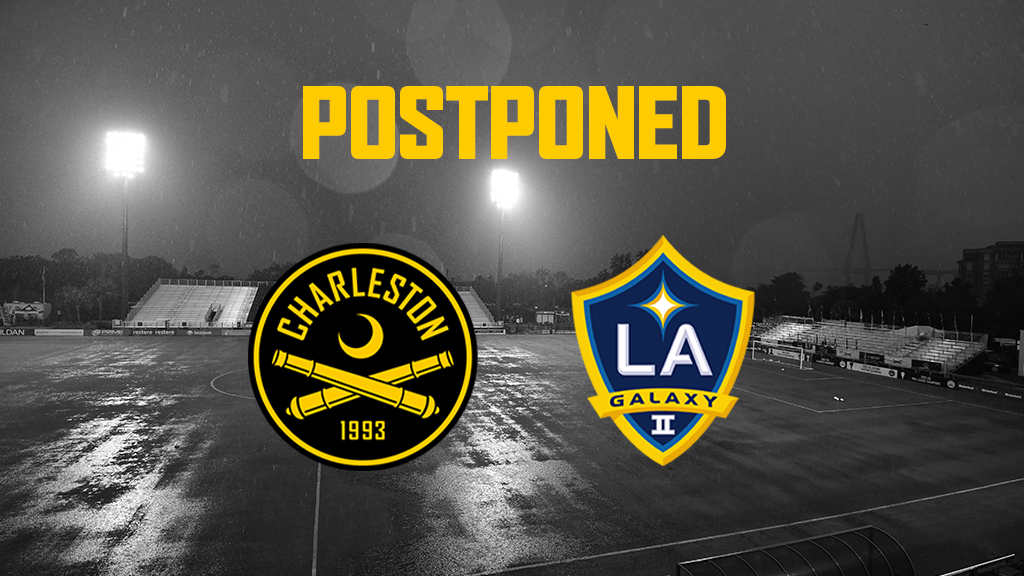 The USL Championship announced on Friday that the June 4 match between the Charleston Battery and LA Galaxy II has been postponed due to inclement weather in the area.

A date for the rescheduled contest will be announced upon confirmation of a new date and kickoff time.

The rescheduled date for Charleston Battery vs. LA Galaxy II at Patriots Point will be determined soon. As of writing, there has not been a reschedule date set.