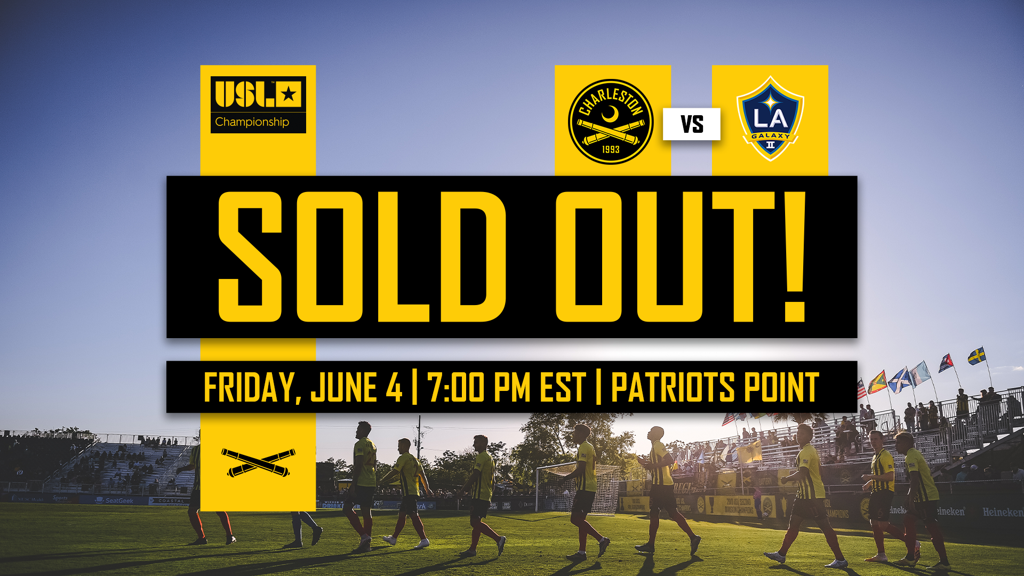 The Charleston Battery announced Wednesday the third consecutive sellout at Patriots Point to open the 2021 season. The June 4 match against LA Galaxy II sold out over 48 hours in advance of Friday’s 7:00 p.m. kickoff. The sellout comes as the Battery have expanded capacity at Patriots Point, allowing an additional 500 fans in the stadium ahead of Friday’s match. The club’s first two home matches at Patriots Point were sold out at a 50 percent stadium capacity with approximately 2,000 fans in attendance at both matches.

“For the first two limited-capacity home matches at Patriots Point, the support from fans was amazing,” said Battery head of community Scott Krenitski. “As a sense of normalcy continues to return to Charleston, we’re excited to safely expand the stadium’s capacity and welcome even more fans to enjoy live sports again this season.”