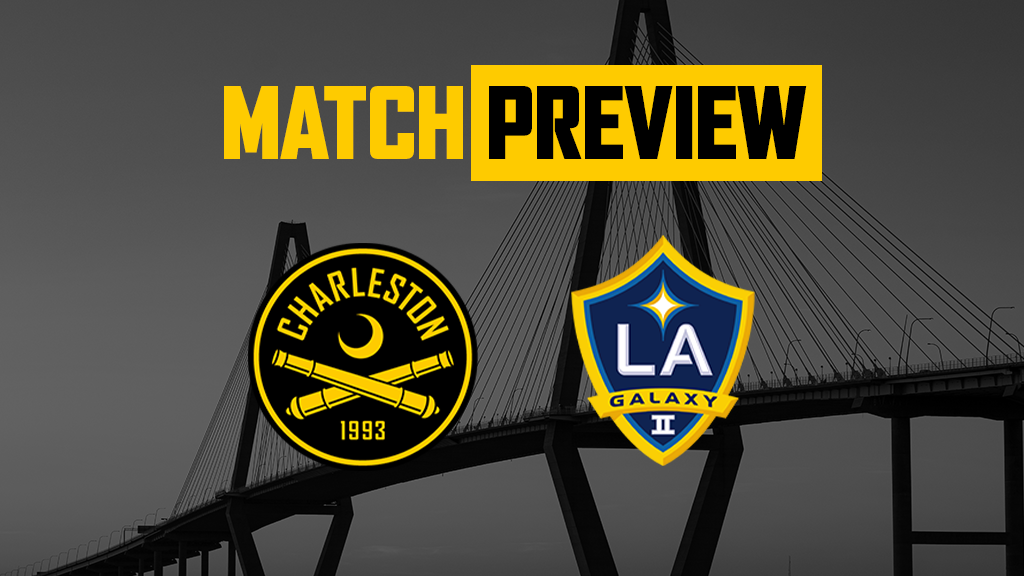 The Battery host LA Galaxy II on Friday, June 4, for the Black and Yellow’s first interconference match of the season. Kickoff is slated for 7 p.m. EST. The meeting is the first between the two clubs since 2014 and thus LA’s first trip to the new stadium at Patriots Point.

The previous game ended in a 3-0 victory for the Black and Yellow, on June 14, 2014, with goals scored by Colin Falvey, Dane Kelly and Heviel Cordoves. Kelly’s goal, in particular, was assisted by a young up-and-comer named Jarad van Schaik, whose perfectly-placed pass to Kelly helped Charleston double its lead. The Battery defense held strong that evening, preventing a single shot on goal from the visitors en route to a clean sheet. Jarad, who first signed with the Battery in 2013, will be the lone player on the pitch for both matches between the clubs.

Los Dos are currently second place in the Pacific Division with a record of 3-2-2 and 11 points, although they have played the most matches (7) in their division. The club is coming off a 3-4 victory over Orange County SC, where a game-winning goal from Jorge Hernandez in the 88th minute lifted them on the road. Galaxy II have been among the most dangerous offensive sides around with a league-leading 15 goals so far. The club hasn’t traveled far yet this year, however, and Friday will be the furthest from home Los Dos will play this season.

“We’re playing an LA Galaxy II team from the West Coast and these West Coast teams, they really throw things forward,” said Battery Head Coach Michael Anheauser of Friday’s visitors. “They have some great young talent with forwards like Preston Judd and Augustine Williams, they can really throw some things at you.”

The Battery are still early in their season with only three matches played so far. The Black and Yellow found some footing in their last match against New York Red Bulls II with a pair of early goals, but had to settle for a draw when New York clawed back to even the score 2-2. Stavros Zarokostas earned his first goal of the year in the third minute and Erik McCue scored his first career professional goal in the 24th minute after receiving a perfectly-placed Zeiko Lewis corner kick. Now with an extra week of rest, Charleston will look to build on that momentum at Patriots Point in front of another electric crowd.

Friday’s fixture will be just the second-ever meeting between the two sides, with the Battery hosting both matches. 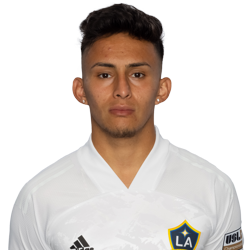 Hernandez is among Galaxy II’s most potent threats. The midfielder has tallied four goals and two assists in seven matches, and leads the club in chances created (11). In their last game, he had a goal and an assist in a 3-4 victory over Orange County SC, which earned him USLChampionship.com Man of the Match honors. FotMob.com also named him Man of the Match from for his performances against Tacoma Defiance and Real Monarchs SLC earlier this year. The academy product has made plenty of noise so far and will look to maintain that pace on the cross-country journey. 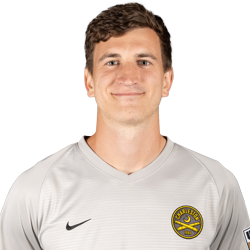 Kuzminsky played a key role in preserving a point for Charleston in their last match, notching five saves on the day. The most notable of those saves were a trio of stops against Roald Mitchell inside the box that kept the terms level. FotMob.com graded him as among the Battery’s top performers against New York (7.3 out of 10) and he was named Heineken Man of the Match by the fans. The veteran shot-stopper will have his work cut out for him on Friday to keep Galaxy II in check, along with the back line led by van Schaik and Leland Archer.

Charleston did not play a match during Memorial Day weekend but have been training since the May 23 game against New York.

Considering the last match against New York and training ahead of LA on Friday, Coach added, “We kind of let our foot off the gas, defensively a little, and we were caught by New York, so we got to make sure we don’t do that again.

“We started the game great. We came out, we had a wonderful first half and really started the second half well, we’ve just talked about really completing the game defensively and offensively, and if we can do that, we’re going to win.”

As of posting, Stavros Zarokostas is questionable, Mauro Cichero and Nico Rittmeyer are out, and AJ Paterson is off on international duty with the Grenada national team for the first round of CONCACAF qualifiers for the FIFA World Cup.

Fans with tickets will be the only ones able to enter the stadium on matchday as the game is sold out! All Battery matches will also stream on ESPN+.