Get To Know Our Opponent: Hartford Athletic 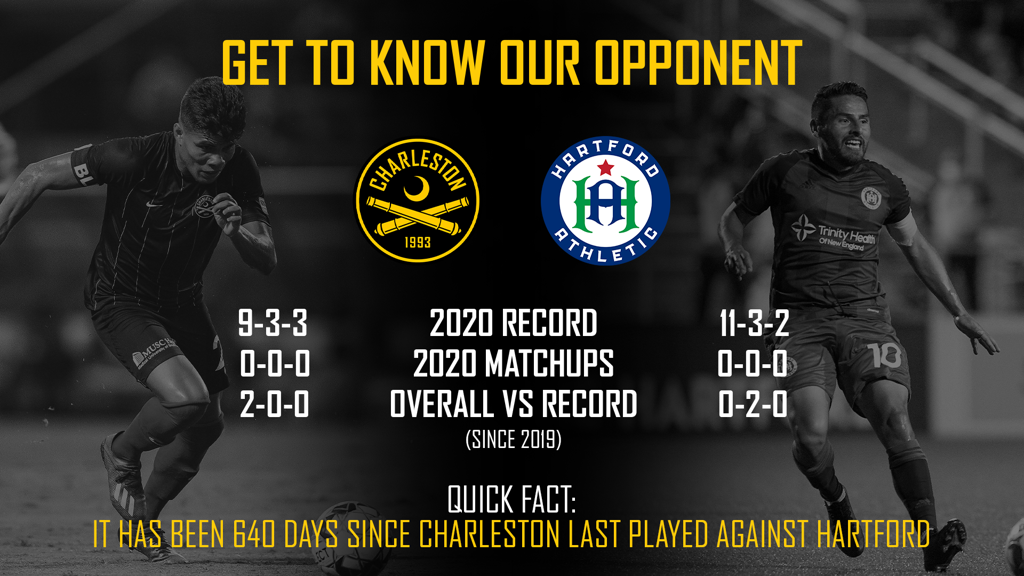 Hartford Athletic are up next in our series breaking down our Atlantic Division opponents. Relatively new to the USL Championship, the Battery have faced the Connecticut club twice since their founding two years ago, with both meetings occurring during the 2019 season. Don’t let their young history deceive you, however, as the blue-and-green club have shown the ability to make noise since settling into the league.

In 2020, Hartford strung together an impressive campaign in just their second season in the league. The club won Group F with a record of 11-3-2, narrowly topping Pittsburgh by one point. With 35 points to their name, they tied with Louisville City FC for top of the Eastern Conference table. This run earned the club a home match for the Eastern Conference Quarterfinals, but Hartford did not advance as they fell 0-1 to Saint Louis FC.

Head to head, the Battery have been the more successful club, winning both meetings in 2019. In a home-and-away set, the Battery won 2-1 in Charleston and 2-3 in Connecticut. In both matches, it was Zeiko Lewis who got the scoring started.

Despite the Battery’s successful 2-0-0 record against Hartford, it is safe to say the Hartford club they will face in 2021 is far different than the one faced in 2019. Hartford carry some momentum into the season after going from the second-fewest points in the Eastern Conference in 2019 to tied for the most in 2020.

Key for Hartford, however, will be their ability to continue the strong run without 2020’s top scorers Alex Dixon (6 goals) and Éver Guzmán (5 goals), who both signed with new clubs this season. Fans can expect seasoned midfielder Danny Barrera to remain a central piece of the Hartford squad and help maintain their attack as the No. 10 works with a new supporting cast. Newcomer forward Bradford Jamieson IV, who returns to the U.S. after a season in the Danish 1st Division, will look to fill the void in Hartford’s attack.

The club is also under new leadership on the bench, as Harry Watling took over as head coach in January, coming over from England. Watling, 31, has an impressive coaching resume that includes tenures in the Chelsea Academy under Jose Mourinho and Carlo Ancelotti and, most recently, with the West Ham United Academy. Watling will make his senior-team managerial debut with Hartford.

Important for the Battery in the 2019 meetings with Hartford was scoring early and often, as the Black and Yellow struck first in both ties. Zeiko Lewis returns leading the attack and will look to pick up where he left off two seasons ago against Hartford. Forwards Nicque Daley and Stavros Zarokostas will aim to solidify the club’s attack, with newcomer Geobel Perez providing important depth to the group. The core Battery squad behind them remains largely intact from the previous year, and they will rely on the chemistry established in 2020 to counteract a relatively new opposition in Hartford.

Stay tuned for the next opponent review!