Get To Know Our Opponent: Pittsburgh Riverhounds SC 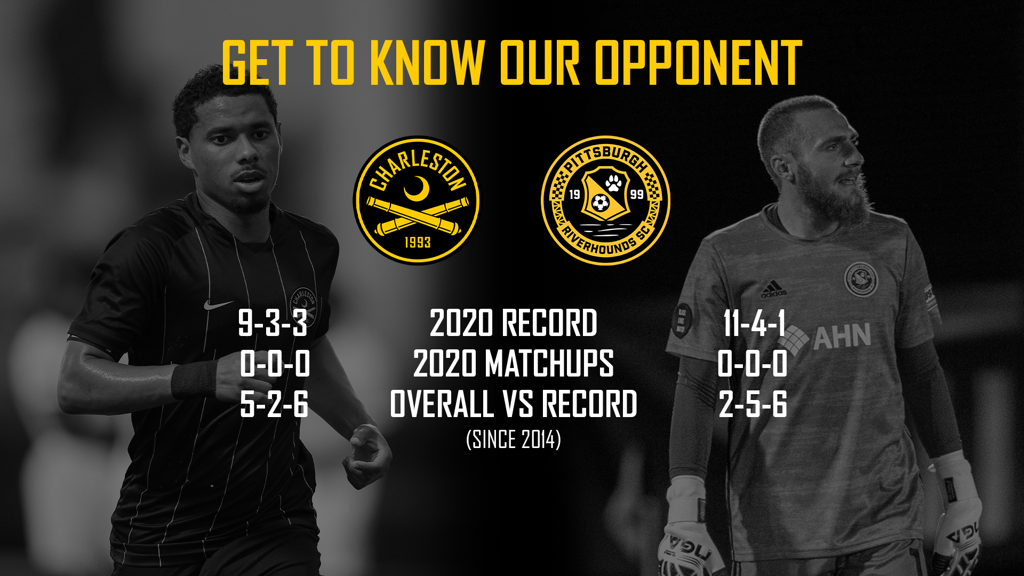 Pittsburgh Riverhounds SC are up next in our series breaking down our Atlantic Division opponents. The fellow black and yellow side have not met Charleston since 2019, but they are not an unfamiliar face on the schedule as the fixture between the two had been a constant. Rekindling the tie this season, the Battery and Riverhounds will clash four times this season.

In 2020, Pittsburgh posted a strong 11-4-1 record as Group F runners up, by just one point to Hartford Athletic, en route to an appearance in the USL Championship Playoffs. Make no mistake, these dogs had plenty of bite to their bark, compiling a staggering +29 goal differential, tied for the highest in the league with Phoenix Rising FC. Their postseason run ended in the first round to Louisville City FC, in a 2-0 loss in Kentucky.

The two black and yellow clubs last met in the 2019 season, where the fixtures ended once in a draw and once in a Pittsburgh victory. The last Battery victory came on July 21, 2018, in Pittsburgh, when an 88th-minute goal from Ataullah Guerra lifted Charleston for the full three points in a 0-1 win. Since 2014, the Battery lead the series with a 5-2-6 record.

Things to watch for with Pittsburgh start with their keeper Danny Vitiello, who put together an impressive 2020 season with five clean sheets in eight appearances, two saved penalties and a .788 save percentage. His efforts earned him the USL Championship Golden Glove award, which honors the league’s goalkeeper with the lowest goals-against average. Vitiello is the one to watch as he will look to anchor the defense.

For the Battery, the key will be overcoming the rocky Pittsburgh defense despite not familiarizing themselves with the Hounds last season. The last time Charleston scored multiple goals and won against Pittsburgh was on the road in 2016. The last time Charleston beat the Hounds by a margin greater than one goal was in 2015, a 3-1 victory at home. The Battery return much of their starting power from last season, and will look to co-top goalscorers Zeiko Lewis and Nicque Daley, and crafty striker Stavros Zarokostas to overcome the Pittsburgh defense.

The Riverhounds and Battery will clash four times this season, twice in Pittsburgh and twice in Charleston. The Battery will host Pittsburgh at Patriots Point on Wednesday, July 7, and again on Friday, August 6. Tickets for the July fixture can be purchased here, and for the August fixture here.