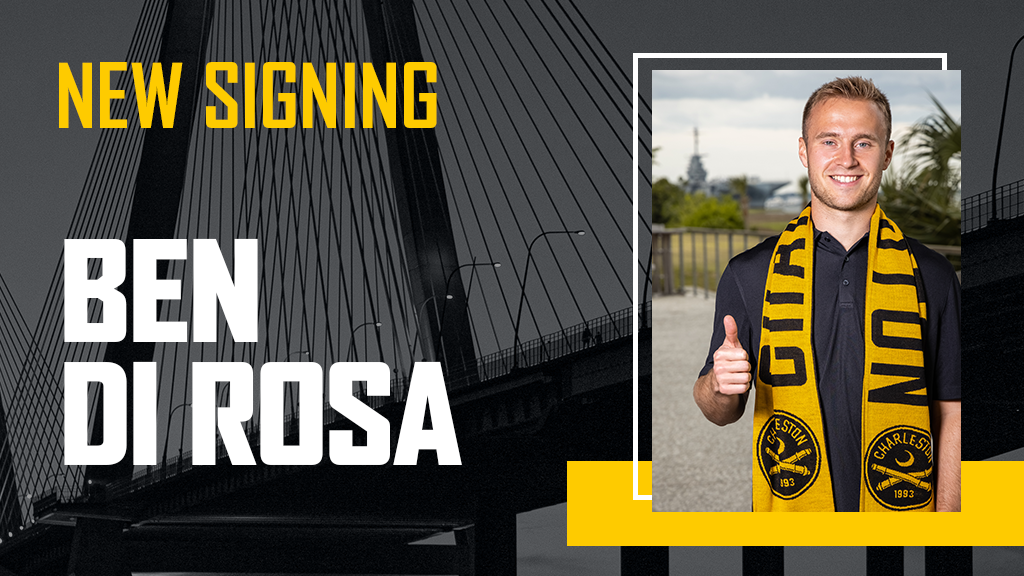 The Charleston Battery announced Friday the addition of defender Ben Di Rosa to the 2021 roster. Di Rosa joins the Black and Yellow for his first professional contract after initially being selected in the 2021 MLS SuperDraft by New York City FC following a standout college career with the University of Maryland.

The 5-10 defender hailing from Washington D.C. appeared in 40 matches for the Terps, including 37 starts during his college career and starting all 21 matches for his junior season. As a consistent presence at right back for Maryland, Ben helped the Terps notch several clean sheets during his tenure while providing several goals and assists from the back line. A national champion in 2018, Di Rosa was named to the 2018 College Cup All-Tournament Team for his exceptional play during the title run.

After training with Maryland for his senior season that was postponed due to the COVID-19 pandemic, Di Rosa ascended to the professional level, being drafted as the 44th overall pick in the second round of the 2021 MLS SuperDraft by NYCFC. He was invited to trial with the Charleston Battery in April and quickly signed with the club.

"I am extremely excited to join a club that has so much history and success in the USL," said Di Rosa. "I’m grateful for the way the players and staff have welcomed me, and I can’t wait for the season to get started!"

Di Rosa joins a back line for the Battery that includes stalwarts such as Jarad van Schaik, Leland Archer, AJ Paterson and Logan Gdula along with newcomer Erik McCue, as the club continues to build a formidable defense in front of goalkeeper Joe Kuzminksy ahead of the 2021 season.