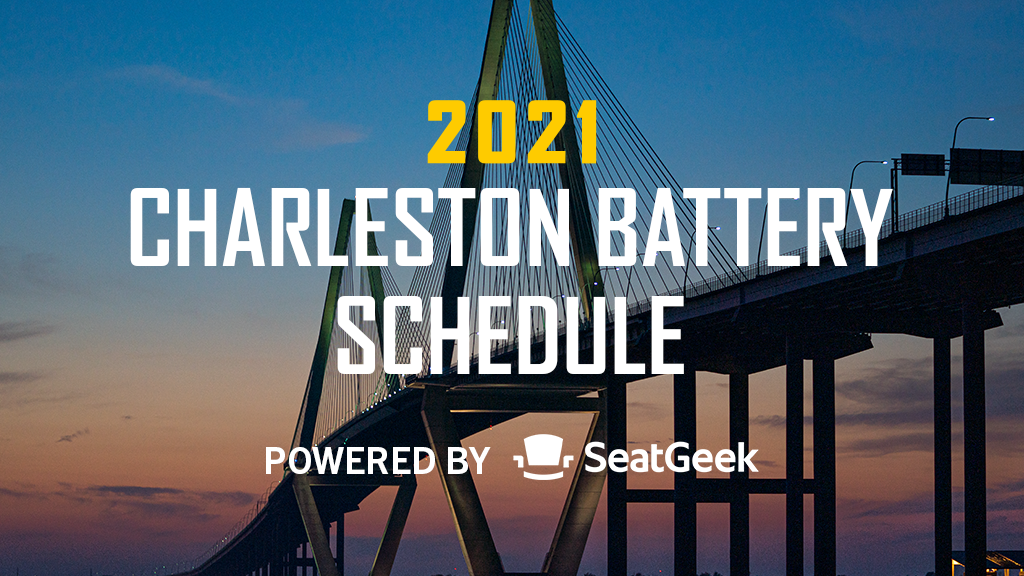 The Battery took one step closer to kick off for the 2021 season Tuesday as the full USL Championship schedule was released. The Black and Yellow will start things off on May 7 visiting New York Red Bulls II before welcoming fans back to the new stadium at Patriots Point for the home opener set for Friday, May 14, against regional rival Charlotte Independence.

The 2021 USL Championship regular season will see the Battery play a 32-game schedule over a 28-week season. The Black and Yellow are set to compete in the USL’s Eastern Conference Atlantic Division with four games each against familiar foes the Tampa Bay Rowdies, The Miami FC and Charlotte as well as Hartford Athletic, Loudoun United FC, Pittsburgh Riverhounds SC and New York.

The Battery were the only USL Championship team to defeat Tampa Bay during the 2020 season, going 3-1 against the 2020 Group H rival during the regular season before falling to the Rowdies in the Eastern Conference Semifinals last October. The historic rivalry is renewed as the Battery visit Al Lang stadium in July and see their final three matchups within a month towards the tail end of the regular season.

“We’re excited to get back playing in a division with a few more teams like Pittsburgh, New York and Hartford,” said Battery head coach Michael Anhaeuser. “While still playing some rivals we’ve had like Tampa Bay and Miami...it’s going to be great and we’re just excited to get started.”

Charleston’s 2021 season will additionally feature a series of inter-conference ties. The Battery will play host to LA Galaxy II on Friday, June 4, and Orange County SC on Saturday, August 28. The latter bout could see both teams fielding players from abroad as Charleston and Orange County are unique USL Championship clubs with international partnerships in the Scottish Premiership. The Battery announced in 2020 an innovative partnership with Hibernian FC while Orange County has a similar partnership with Rangers FC.

The Battery round out their non-divisional play on September 15 as they visit historic rival Atlanta United 2 on September 15. Charleston went 3-0-1 against Atlanta last season as both were members of Group H during the shortened season setup.

It’s gearing up to be an exciting season for the Battery at Patriots Point! The full 2021 schedule is now available and can be viewed here.

Tickets for the Battery’s 2021 season at Patriots Point are now available online via SeatGeek, the club’s exclusive digital ticket provider. Stadium capacity is set at 50% to start the season and the club plans to expand capacity further as local and state guidelines allow.