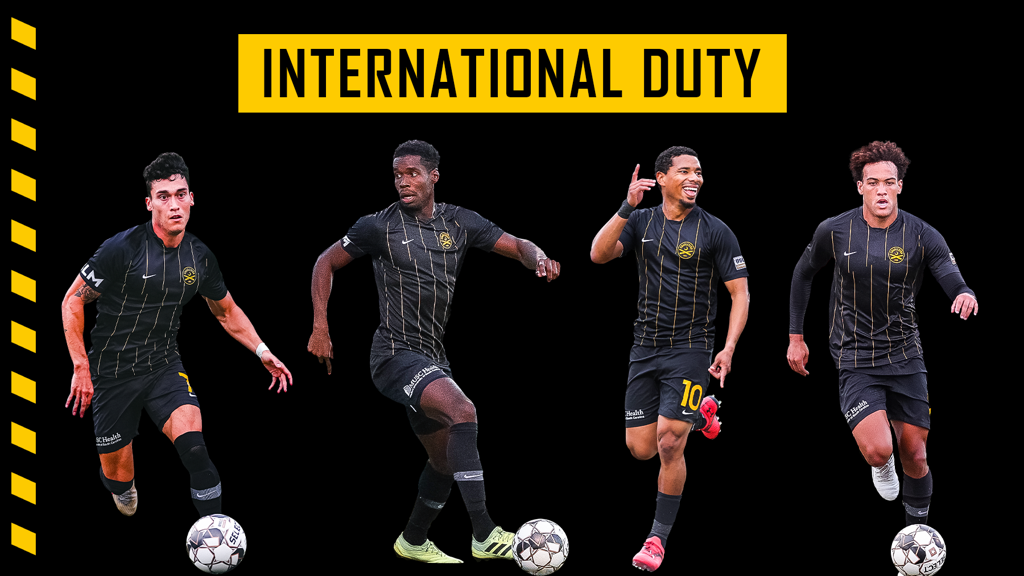 Four Charleston Battery players will represent their national teams in the first round of CONCACAF qualifiers for the 2022 FIFA World Cup. The quartet includes Nico Rittmeyer (Guatemala), Leland Archer (Trinidad and Tobago), Zeiko Lewis (Bermuda) and AJ Paterson (Grenada). The Battery lead all USL Championship and League One clubs with rostered players currently on international duty.

The first round of qualifying matches start Wednesday, March 24, 2021, and will play through Tuesday, June 8, 2021, with the majority of games airing on Paramount+. Six groups comprise the first round, with the winners of each group advancing to the second round of qualifiers in June 2021.

Nico Rittmeyer joins the Guatemala national squad as they kick off their road to Qatar against Cuba on Wednesday, March 24, at 8 p.m. The midfielder has earned two caps for Los Chapines and scored in his most recent appearance, a match-winner against Nicaragua during a friendly on February 24, 2021. Guatemala are in Group C where they will also have ties with the British Virgin Islands, Saint Vincent and the Grenadines, and Curaçao.

Leland Archer is fresh off earning his first senior cap with Trinidad and Tobago, where the veteran defender debuted on January 31, 2021, in a friendly against the United States. The Soca Warriors are in Group F and will start their campaign against Guyana on Thursday, March 25, at 7 p.m. They will additionally play Puerto Rico, Bahamas, and Saint Kitts and Nevis.

Zeiko Lewis returns to the Bermuda national team for their fixture against Canada on Thursday, March 25, at 8 p.m. The forward is no stranger to international play, earning 27 caps since making his debut in 2011 at the age of 16. The Gombey Warriors are members of Group B, where they are also slated to play Aruba, Suriname and the Cayman Islands.

AJ Paterson will join the Grenada national team as their journey starts against El Salvador on Thursday, March 25, at 10:25 p.m. Paterson has earned nine caps with the Spice Boyz and captained the squad into qualifying for the 2021 CONCACAF Gold Cup. Paterson has the potential to don the captain’s sleeve again this time around. Grenada are settled in Group A, where they will also face the U.S. Virgin Islands, Antigua and Barbuda, and Montserrat.

In the final round, the three advancers will also square off against the United States, Mexico, Costa Rica, Jamaica and Honduras, who all automatically start in the final qualifying round based on FIFA rankings. Each nation will play all seven other opponents, once home and once away. The top three teams in the standings will secure their spot in Qatar for the 2022 FIFA World Cup, with the fourth-place nation advancing to an intercontinental playoff round for a chance to punch their ticket.

As Zeiko, Leland, AJ and Nico all suit up internationally, you can catch most of the CONCACAF qualifiers for the World Cup by streaming on Paramount+ or follow along with us on Twitter for the latest updates on our players’ competitions.