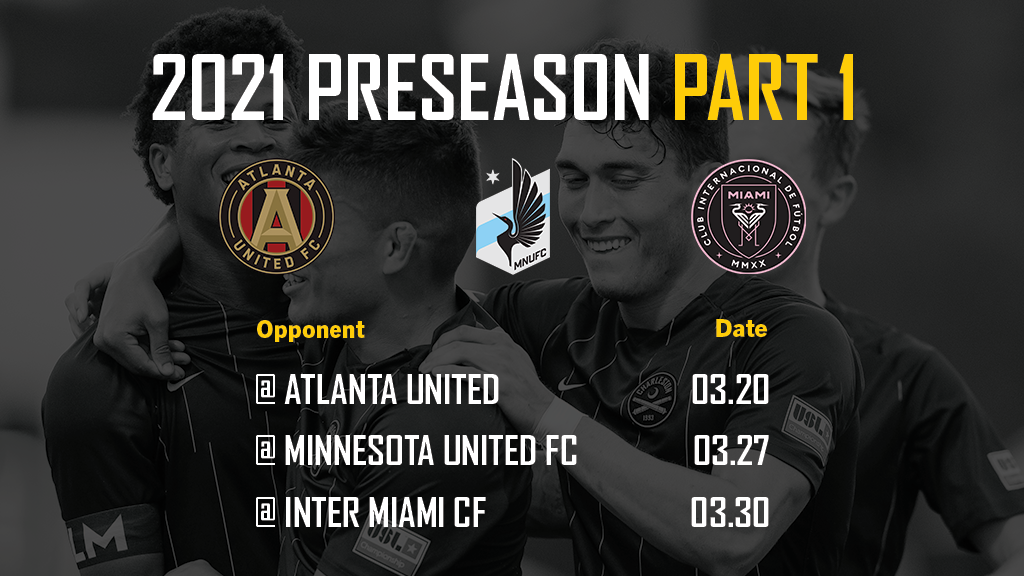 The Charleston Battery announced an initial slate of preseason friendlies Wednesday ahead of the 2021 regular season. A trio of fixtures against familiar MLS sides kicks off on March 20 as the Black and Yellow head to Children’s Healthcare of Atlanta Training Ground to face Atlanta United.

The Battery will then travel south to face Minnesota United FC on March 27 at the Dewey O. Boster Sports Complex in Deltona, Fla. The preseason bout is the second match in as many seasons after seeing the Loons on the pitch during a 2020 preseason exhibition.

The tour is rounded off as the Battery play Inter Miami CF on March 30 at the Herons’ training ground, IMG Academy, in Bradenton, Fla. Charleston were the first team to face Inter Miami CF in a live match last year before the Miami side kicked off their inaugural MLS season.

At this time, the first slate of preseason matches will be closed to the public. Additional exhibitions to finish out the preseason will be announced soon. Fans can stay tuned for more updates on the 2021 season by following on Twitter and Instagram or subscribing to the Battery newsletter.