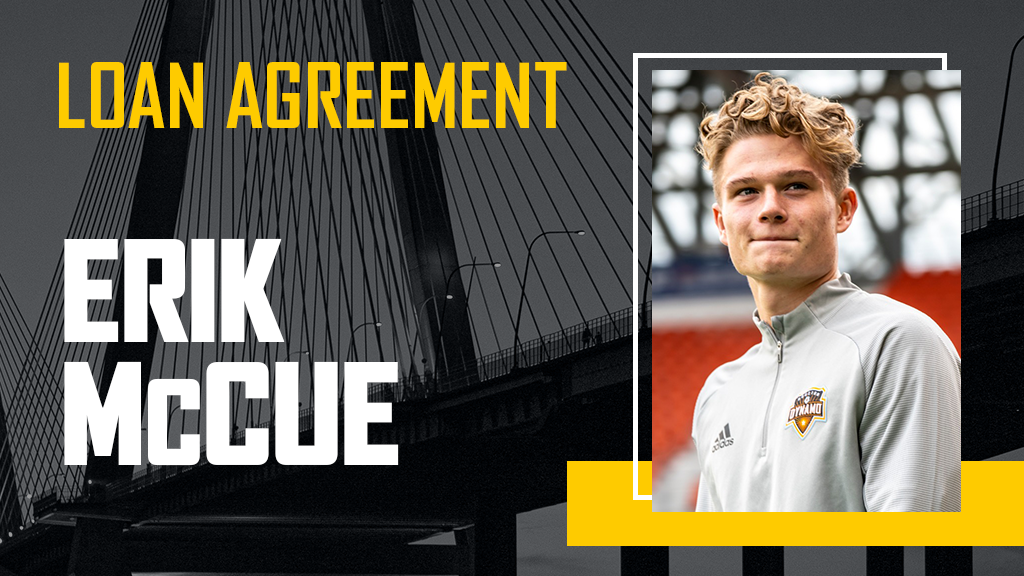 The Charleston Battery announced Wednesday the addition of defender Erik McCue to the 2021 roster. McCue joins the Black and Yellow on a season-long loan from Houston Dynamo FC of MLS.

The 6-3 Swedish defender came up through the Dynamo Academy before signing a Homegrown Player contract with Houston’s first team in October 2018. His professional debut was on March 29, 2019, while on loan with Rio Grande Valley FC. McCue registered 5 starts in 7 appearances during his time with the USL Championship side.

“I’m excited to join such a strong side in the USL that has a winning culture,” McCue noted. “I look forward to the season and making the most of this opportunity.”  McCue’s size and experience joins a formidable backline that includes Jarad van Schaik, Leland Archer, Logan Gdula, AJ Paterson and Temi Adesodun, all returning for the 2021 season.

The USL Championship season is just around the corner! Battery Season Memberships are now on sale starting at $10 per match. Click here to pick your seats and unlock exclusive benefits as a 2021 Season Member today!