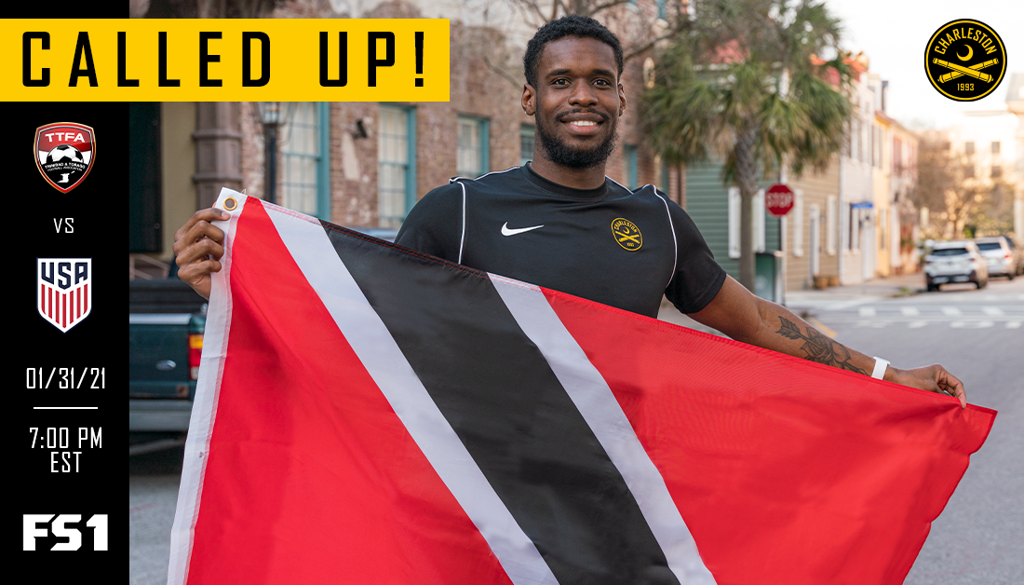 The Battery announced Wednesday that veteran defender Leland Archer has been invited to join the Trinidad and Tobago national squad as the team is scheduled to play the United States in an international friendly match Sunday, January 31, at Exploria Stadium in Orlando, Florida.

The call up is Archer’s first for the twin-island nation's senior squad having previously appeared on both the Under-17 and Under-20 national team rosters. The team, nicknamed the “Soca Warriors”, will use Sunday’s friendly in preparation for the first round of CONCACAF Qualifiers for the FIFA World Cup Qatar 2022 beginning this March.

“It’s an honor to represent your country at the highest level,” Archer said. “I’m definitely excited, but also honored to be chosen.” Archer travels from Charleston to Orlando this week to join the team ahead of the friendly against Coach Gregg Berhalter’s American squad that will include household names Jozy Altidore, Paul Arriola and Kellyn Acosta. “The U.S. is obviously a tough Concacaf game,” Leland added, “but it’s definitely more exciting than daunting because it’s one of the better teams to be playing against at this level.”

The international friendly match is scheduled for 7:00 p.m. EST, Sunday, January 31, and will be aired on the FS1 network.

Archer joins a growing list from the Battery roster expected to play at the international level this year. Forward Nico Rittmeyer joined the Guatemalan national team late last year and was in the starting lineup for the team’s 1-0 victory over Puerto Rico on January 23. Defender AJ Paterson is expected to rejoin Grenada’s first team for international competitions this spring as well as forward Zeiko Lewis who has represented the Bermuda national team since 2015.