Kuzminsky Back Between the Posts for 2021 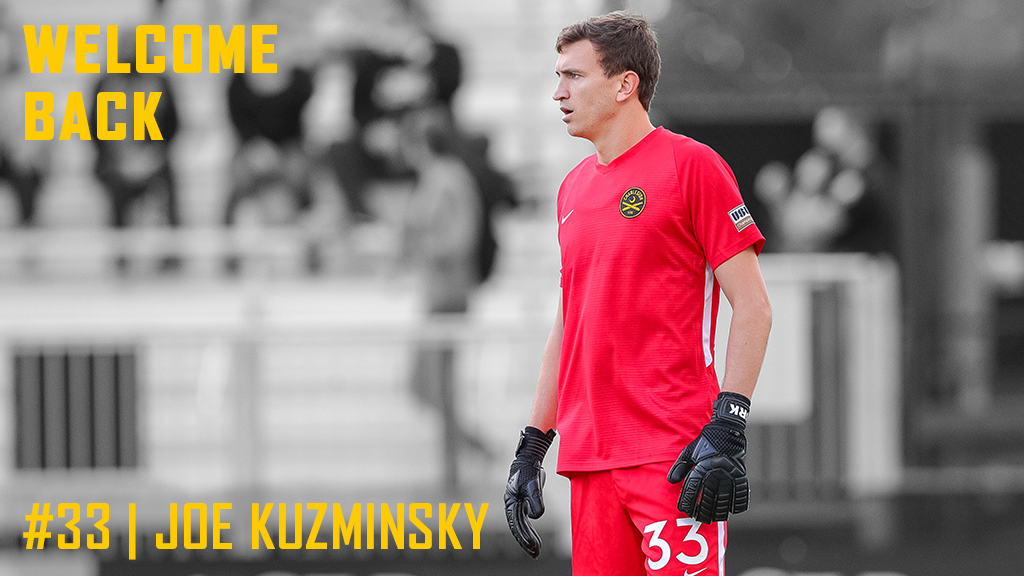 The Battery announced on Friday the return of goalkeeper Joe Kuzminsky for the 2021 season, pending league and federation approval. Kuzminsky will put on the gloves for a fifth year in the Black and Yellow after posting four clean sheets in nine appearances this past season.

The veteran keeper returned to the roster midway through the 2020 season after a loan spell with Israeli Premier League side Maccabi Haifa. Kuzminsky didn’t miss a beat, making four saves in his 2020 debut as the Battery shut out North Carolina FC 3-0 and claimed a ninth Southern Derby title.

Joe finished the season recording 25 saves on 33 shots faced along with four catches and seven punches in goal. The USL Championship’s 2019 Save of the Year winner was no stranger to outstanding saves again in 2020. During a late-season visit to Miami FC, Kuzminsky went aerial to deny a firing shot by former teammate Romario Williams. The effort was rewarded as Joe would win a second consecutive Save of the Year nod while earning 70 percent of the final vote in the fan-selected league honor.

“I’m most excited about having more fans back in the stadium; it has been a long 2020,” Kuzminsky reflected. “We missed the atmosphere, the crowds, the energy that it brings. We want to bring a championship back to Charleston and the community.”

Be a part of the excitement at Patriots Point and lock in your spot for next season! 2021 Season Memberships are now available. Click here to pick your seats and unlock exclusive member benefits starting today!