Rittmeyer Back for More, Returns for 2021 Season 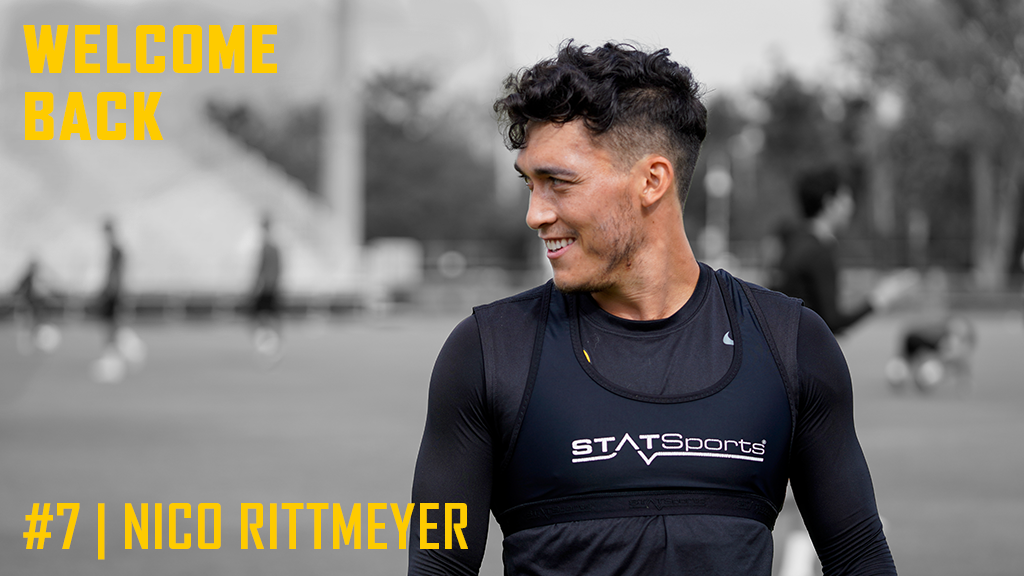 The Battery are excited to announce that Nico Rittmeyer will return for a fifth season in the Black and Yellow. The former College of Charleston standout looks to continue his scoring ways as the homegrown talent rejoins the roster for next season.

Rittmeyer had 3 starts and 7 total appearances, accumulating 278 minutes on the pitch in 2020. While Nico battled an injury throughout the season that limited his play, the veteran forward made his mark with 1 goal on 7 shots for the year. On July 24 against Atlanta United 2, Nico scored with a beautiful header off a perfectly placed cross from Logan Gdula. The goal set up the Battery’s winning ways at home, with five victories in six matches at Patriots Point in 2020.

Nico sustained his veteran presence on the attack with a strong showing in multiple appearances towards the end of the season. Rittmeyer added to his resume after the season with his first International call-up as he suited up for the Guatemalan national team in November for a friendly against Honduras.

“I’m excited to play in front of the fans again and pick up where we left off last season,” Rittmeyer noted on next season. “We’ll put a good product on the field for all the fans to enjoy in the new stadium.” Considering 2020 and looking ahead he added, “We had a good season, but I think we have another level we can get to this year coming up!”

Get ready for the "next level" as Nico's planning and get your 2021 Season Membership locked in now! Start at just $170, lock in your seats and receive 2021 Membership benefits starting today!