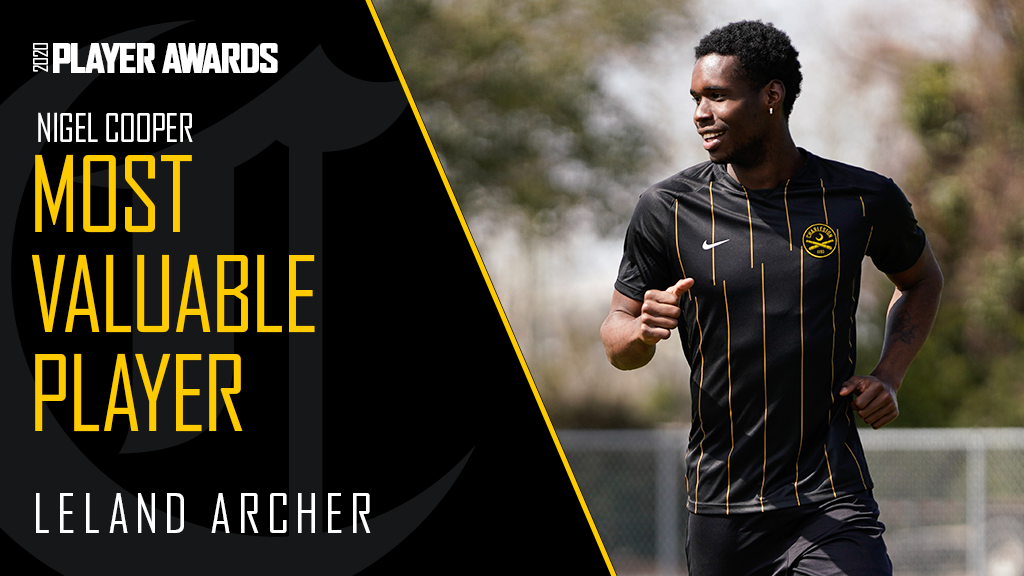 Not settling for just the Derek Revord Defensive Player of the Year award, Leland Archer was also named the 2020 Nigel Cooper Most Valuable Player.

Archer was the lone Battery member to start all 17 matches this season logging a team-leading 1,530 minutes and subbing off just once. Leland led the team with 63 clearances to help set up big plays for the attack all season. His 16 blocks, doubling any other player this year, gave some breathing room to Battery keepers Phil Breno and Joe Kuzminsky in their six clean sheets for 2020.