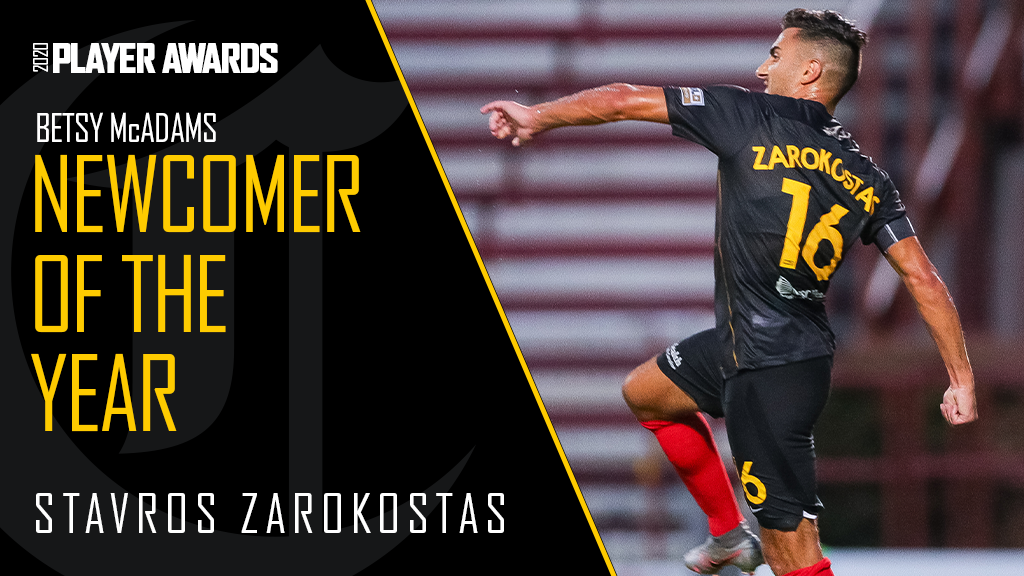 Awarded to the player who fans believed made the most impact in their first season donning the Black and Yellow, Stavros Zarokostas was named the 2020 Betsy McAdams Newcomer of the Year.

In his first professional season, Stavros played a big part in the team's +11 goal differential with five goals on the year. His scoring campaign came at the most crucial moments in the 2020 season as he put up the lone goal in the Battery's first of three wins over the Tampa Bay Rowdies, sustaining the team's nine-game unbeaten streak. And it was Zarokostas who helped end the regular season on a high note registering a brace against the Rowdies on October 3rd before heading into the playoffs. With his 8 starts and 8 appearances off the bench, Stavros proved to be a constant threat that kept opponents backpedaling all season.

The Newcomer of the Year Award is named in honor of Betsy McAdams, former and longtime Battery COO who passed away in 2009 after a courageous battle against cancer. Watch below as coach John Wilson honors Betsy and presents this year's Newcomer of the Year!

2020 Betsy McAdams Newcomer of the Year