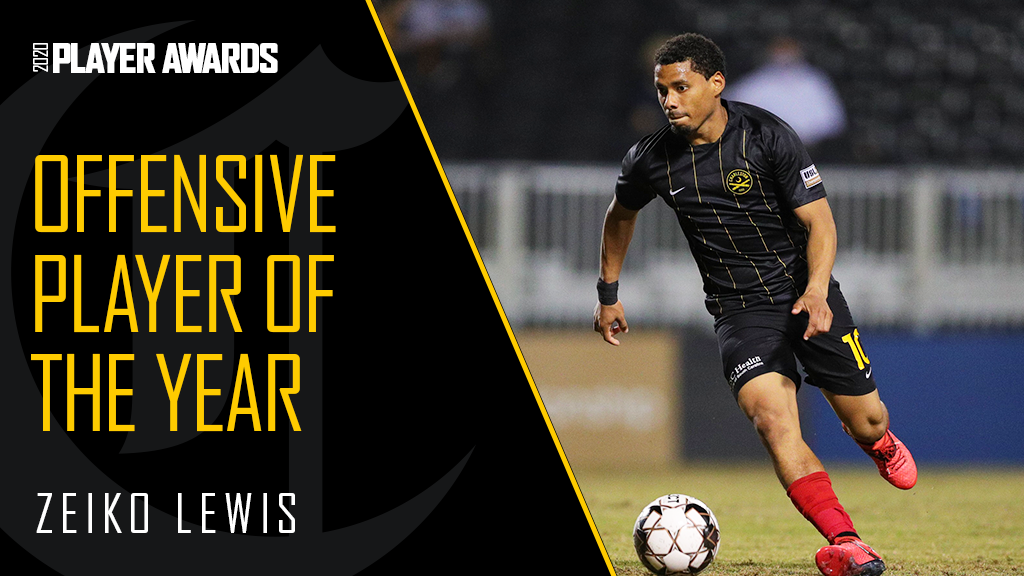 With his second consecutive season leading the Battery in goals scored, Zeiko Lewis was named the 2020 Offensive Player of the Year.

Zeiko's six goals, tied at the top with Nicque Daley, were just 2 shy of his 2019 total, albeit in 17 fewer matches played. Zeiko was a threat all season on the attack as he led the team in both shots (27) and shots on target (16). But Lewis' offensive contributions extend beyond finding the back of the net as he occasionally settled into a midfielder role, providing opportunities for forwards Daley, Stavros Zarokostas and Mauro Cichero, while leading the team with 34 chances created. All season long, Lewis exemplified a team-first mentality that contributed to the Battery's success, but when the opportunity arose, of course he couldn't help himself from putting one in.

Watch below as Coach presents this year's Offensive Player of the Year to Zeiko Lewis!

2020 Offensive Player of the Year