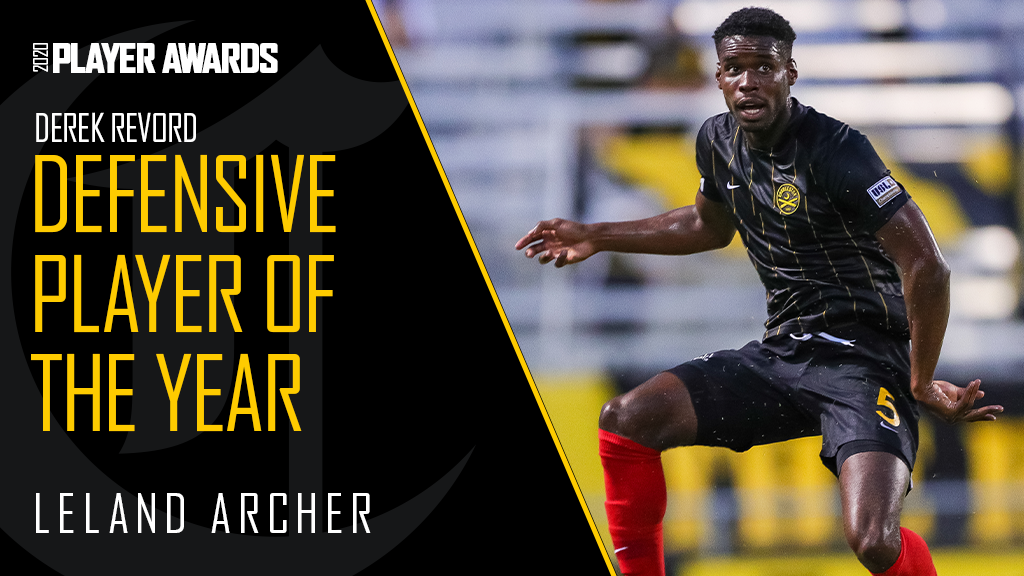 In his third season for the Black and Yellow, Leland Archer was named the 2020 Derek Revord Defensive Player of the Year.

A solid force on the Battery back line this season, Leland logged the most playing time on the defense this season (1,530 minutes) while eclipsing his 2019 game time in a shortened 2020 season. As the only Battery player to start all 17 matches, Archer proved to be a constant disturbance to opponents' attack all season long.

Leland led the defensive unit with 77 duels won and his team-leading 63 clearances made a big impact setting up opportunities for the team in their 9 wins this year. His 16 blocks, doubling any other player this season, gave some breathing room to Battery keepers Phil Breno and Joe Kuzminsky in their six clean sheets for 2020.

The Defensive Player of the Year Award is named in honor of Derek Revord, former Battery staff member who tragically lost his life in 2005. We're honored that his parents, David & Sue Revord, joined us this year in presenting the award to Leland. Watch it below!