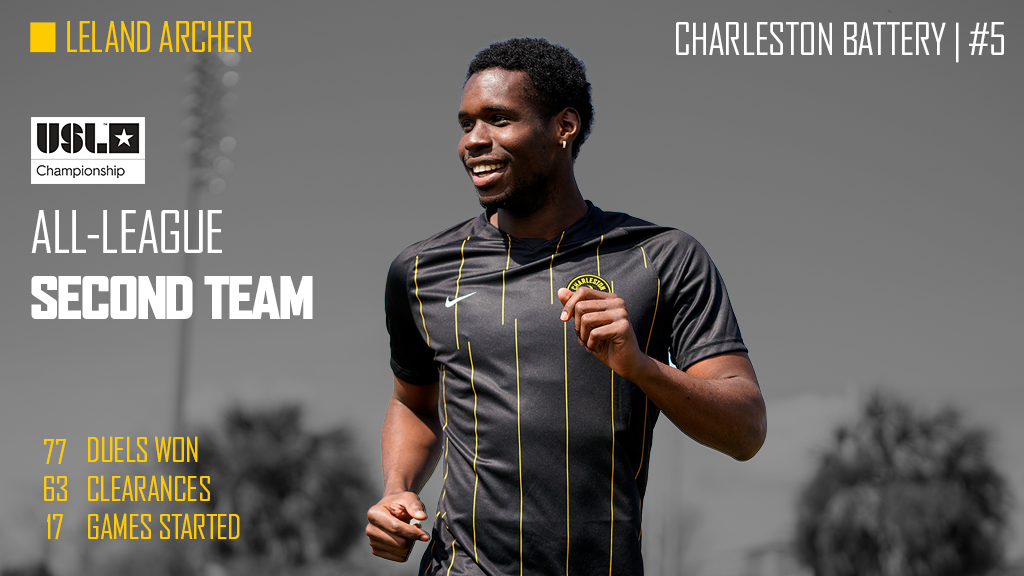 After a strong season leading the Battery back line, Leland Archer was named to the USL Championship's All-League Second Team as a defender.

The College of Charleston alum logged 1,530 minutes in his third season for the Black and Yellow this year. He was the lone Battery player to start all 17 games in 2020. As part of a solid defensive unit this season, Archer led the back line with 16 blocks and 77 duels won while providing 23 interceptions, second only to Jarad van Schaik.

It was a successful season for Leland as he and van Schaik consistently provided stability as center backs, helping support Battery netminders Phil Breno and Joe Kuzminsky in their 6 combined clean sheets this year.

After his first All-League team nod in the USL Championship, it'll be an exciting offseason as Archer and the Battery look to build on a successful 2020 that saw the Black and Yellow play in their first conference semifinal since 2016. Congratulations Leland!