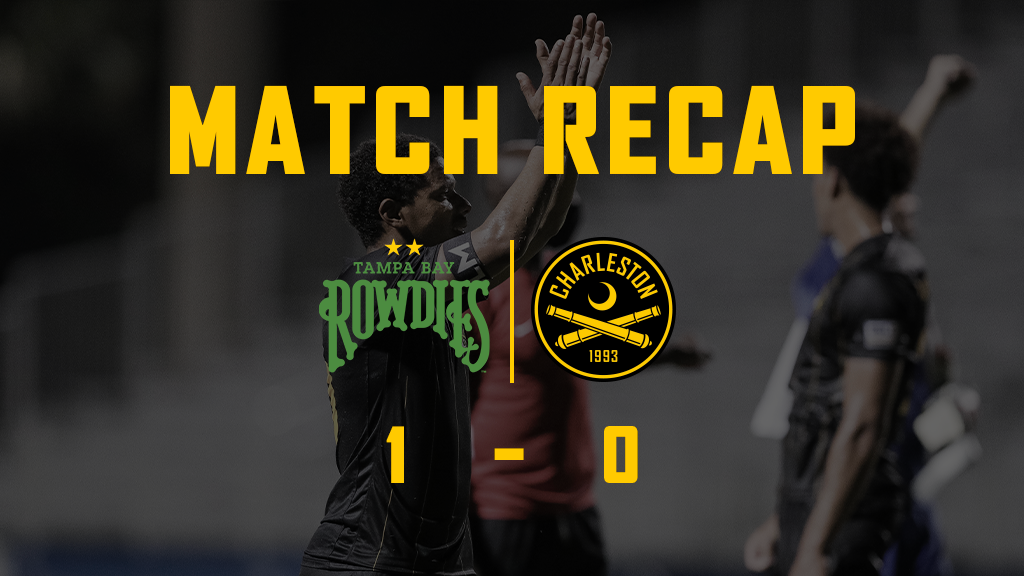 The Charleston Battery’s 2020 postseason run ended Saturday night after a 1-0 defeat at the hands of the Tampa Bay Rowdies. Through a battle of an Eastern Conference Semifinal, the late goal by Rowdies’ forward Lucky Mkosana was the decider to advance Tampa Bay to the conference final and send the Battery home for the offseason.

Through the first 45’, it was an even battle between the Battery and the Rowdies. Much as could be expected from two teams in a playoff scenario after facing off four times prior. With equal chances by both sides, the first half was mostly a show of stout defense as each side held off the opposing attack.

As both teams came out evenly matched in the second half, a slow start by both sides soon turned into a battle for possessions, of which the Rowdies mastered. Through set pieces on both sides and a back and forth matching two teams on the pitch for the fifth time, it appeared extra time was on the horizon. Unfortunately for the Battery, the Rowdies were able to convert off of a free kick 20 yards outside of the box as the kick found Lucky Mkosana to punch it past Battery keeper Joe Kuzminsky.

The Battery battled through the remaining 15 minutes to try and create an equalizing chance, but were unable to even things up.

Assessing the match, Battery Captain Jarad van Schaik commented, “It was always going to be a tough battle in a playoff game, especially on the road. I have nothing but respect for Tampa Bay. They played well and pinned us back. I thought we battled hard and just couldn’t get our chances to go through.”

Looking back on the season, the Battery Captain added, “It’s been one of my favorite group of guys I’ve ever played with. That kind of stuff translates onto the field and we definitely saw that with a top-tier group on the field this season.”

Taking a look at the playoff match, Coach Mike Anhaeuser noted, “once the second half at 0-0, you knew it’d be a free kick, special goal or a mistake. And unfortunately that was the difference.”

Commenting on the season overall, Coach added, “even after losing the first game against Birmingham, you could see the quality in the team. Getting everybody on the pitch and these guys battled throughout the streak. We proved a lot of people wrong and they made a name for themselves as a unit. These guys showed that and they grew from day one. I told the guys how proud I am of them. I thought we had a team that deserved to be in the championship, but we didn’t get there and we’ll regroup to do it again.”

After an amazing run, the Battery officially enter the offseason and look to build on 2020’s success to create a championship-winning season in 2021!