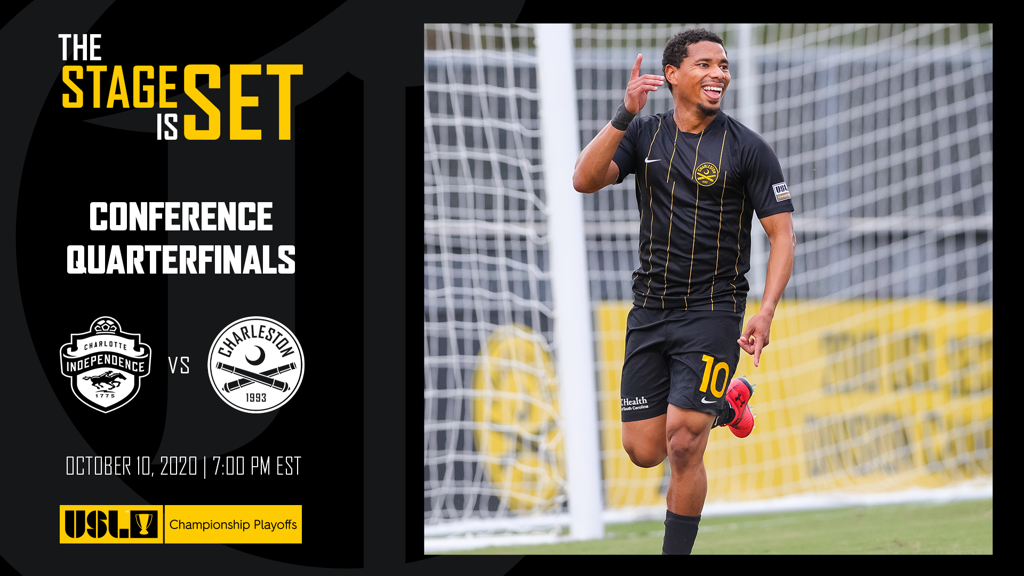 First-round playoff match against the Jacks set for Saturday, October 10 at 7:00 p.m. EST on ESPN+

The Charleston Battery closed out the regular season on Saturday, October 3, with a 2-1 win over group rival Tampa Bay Rowdies. Charleston head to North Carolina for a first round, conference quarterfinal matchup against Group G winners Charlotte Independence on Saturday, October 10, at 7:00 p.m. EST. The game will be broadcast on ESPN+.

The 2020 USL Championship Playoffs is a 16-team knockout postseason that includes the top two teams from 8 regional groups. The winner between Charleston and Charlotte will meet the winner of Tampa Bay and Birmingham in a conference semifinal to be played October 16-18. Should Charleston advance and Tampa Bay lose their first-round match, the Battery will secure the right to host the conference semifinal at Patriots Point. 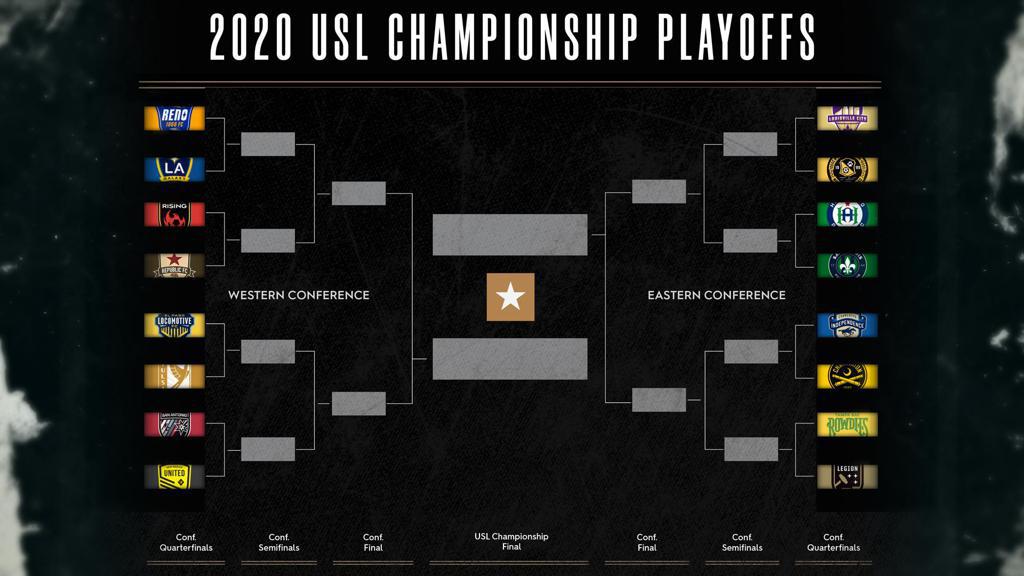 The 2020 season marks Charleston’s thirteenth consecutive appearance in the postseason. Charlotte will be appearing in their third postseason and first since 2017.

Saturday’s conference quarterfinal will be Charleston's second visit to Charlotte this season. On August 8, the Battery visited the Sportsplex at Matthews and forced a 1-1 draw with the Jacks. A cross by Zeiko Lewis in the 42nd minute deflected off Charlotte defender Aaron Maund for the equalizing own goal. It was the second match of Charleston’s nine-game unbeaten streak.

Charlotte finished the regular season 8-4-4 with 24 goals scored and 22 goals conceded. The Battery, comparatively, finished 9-3-3 with 26 goals while conceding only 15. Charlotte’s attack has been led all season by forward Dane Kelly who accounted for half of Charlotte’s goals. Kelly is no stranger to the Battery as the Jamaican international played for Coach Mike Anhaeuser from 2011 - 2015. Charleston’s defense has been strong through much of the regular season, allowing an average of 3.2 shots per game. They’ll be watching Kelly closely as he’s helped his side produce an average of 4.8 shots on target per game.

The Battery’s scoring this season has been led by Zeiko Lewis (6) while including contributions from ten different players this season. Behind Lewis, Nicque Daley and Stavros Zarokostas have both netted in five goals and each registered their first professional brace within the last week. Of Charleston’s 10 goal-scorers, five have scored more than once this season.

The Battery attack enters Saturday’s match facing a formidable backstop in Charlotte keeper Brandon Miller. Miller’s 61 saves led the league for the regular season, and he contributed to 5 clean sheets in 2020.

It’s win or go home for both sides Saturday night in what’s shaping up to be one of the most exciting matchups in the first round of the 2020 Championship Playoffs. Fans can catch the excitement Saturday on the ESPN+ streaming platform.

Every game of the 2020 USL Championship playoffs will air on ESPN+. The USL Cup Final is set for Nov. 1 as those emerging from the East and West sides of the bracket clash in the league's first game to be broadcast nationally on ESPN.