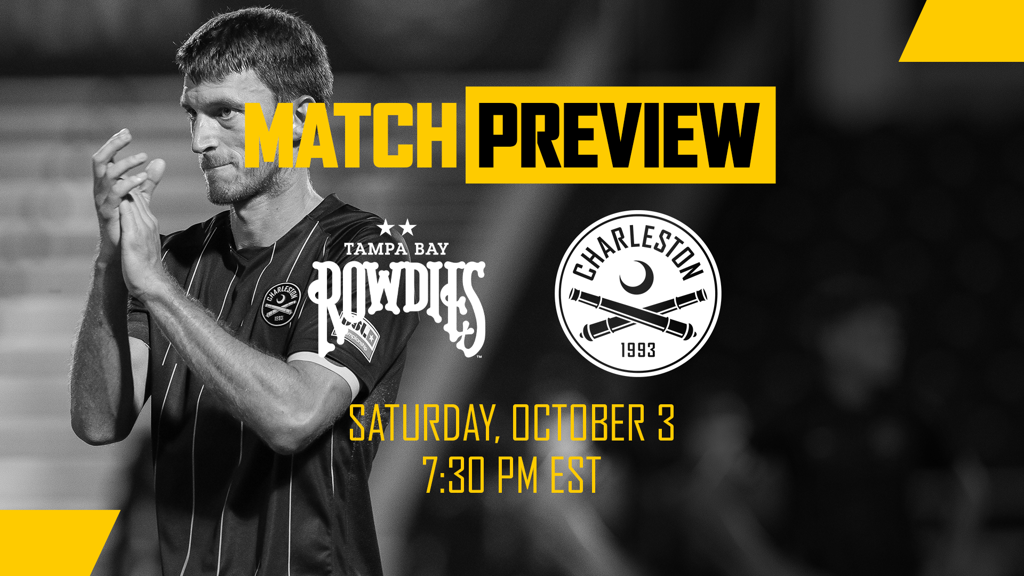 The Battery continue their Florida road trip and head to St. Petersburg to close out the regular season against the Tampa Bay Rowdies Saturday at 7:30 p.m. Coming off a disappointing 4-3 loss to The Miami FC on Wednesday, the Battery look to end the season with a win and build momentum heading into the postseason.

In the restructured 2020 USL Championship season, the Battery close it out in a fourth and final match against Tampa Bay. Charleston remains the only team to defeat Tampa Bay this season after a pair of 1-0 wins at Patriots Point on August 29 and September 11. In that last win, the Battery controlled the entire game, putting up one of the most solid 90 minutes of play for this season. With both teams’ postseason positioning decided, Coach Mike Anhaeuser’s squad will be looking to bounce back from Wednesday’s loss and use Saturday’s match to continue preparing for the playoffs.

The Battery enter Al Lang Stadium on Saturday with just two losses in the last two months. The Wednesday defeat by Miami FC on might be fresh in fans’ minds, but the only other loss in that span goes back to July 31 when the Battery last played in St. Petersburg. Having already spoiled Tampa Bay’s undefeated record back on July 24, a win by the Battery on Saturday would spoil Neil Collins’ squad’s undefeated streak at home. Coach Anhaeuser and Collins could both see new faces in their lineups as the former looks to move past Wednesday with reinforcements and the latter has new weapons coming back from injury. With the playoffs clinched and standings determined for both sides, watch as we gear up for a battle between two teams that don’t plan to let up with their winning pride on the line. 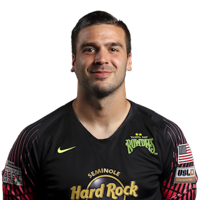 Arguably the favorite to win the highly coveted Golden Glove (awarded to the keeper with the most clean sheets in the regular season), Evan Louro has been a key piece to the Rowdies' success in 2020. With a league-leading 7 clean sheets, 29 saves, and a 76.3% success rate, Louro needs one more clean sheet for his chance to secure the Golden Glove. He’ll have to be at the top of his game considering he’s conceded two goals in his last two matches against the Battery and will be eager to keep the Rowdies' undefeated home streak alive. 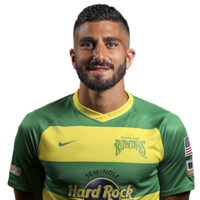 Tampa Bay’s historic season is very much led by their goal scoring machine, Sebastian Guenzatti. He leads the team in the main attacking categories with 8 goals, 27 shots, and 19 shots on target. Guenzatti hasn’t scored against the Battery since July 31, however. As the Charleston back line will look to contain him early, the Rowdies will need him at his best if they want to secure the top spot in the 2020 Championship Playoffs. 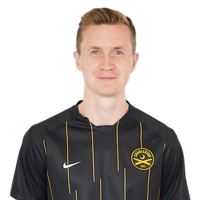 Crawford finally found the back of the net with an impressive goal in Wednesday’s loss at Miami. With the playoffs around the corner, it’s not bad timing to get a scoring campaign off the ground. The Scottish midfielder has been a workhorse this season managing transitions up the field and consistently creating chances for the attack. Getting over the hump and on the score sheet with his first goal, Crawford will be eager for more Saturday night against the Rowdies. 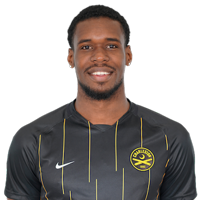 Leland Archer has been nothing short of impressive this season for the Battery being the only player to have started all matches. Archer continues to be Charleston’s main defender on the back line leading the Battery in clearances (47), shots blocked (11), and aerial duels won (33). His defensive presence alongside Jarad van Schaik will be critical as the Battery look to hold back the Tampa Bay attack and take 3 points home from Al Lang Stadium.

The boys put Wednesday’s loss behind them, loaded the buses and headed to St. Petersburg on Thursday, the day with some light stretching sessions. They were back on training pitch again on Friday to fine tune for Tampa Bay Saturday night.

“Miami has a lot of firepower up front, they showed that in the second half. We want to take the positives from our offensive end - being on the road we had 19 shots and created plenty of chances,” Coach Mike Anhaeuser said about transitioning to Tampa Bay. “Defensively is where we have to be sharp from the beginning. If we contain [Tampa Bay] like we did at home, it's a big game for us and we have done well against them. We just have to be on our A-game for the full ninety minutes and put two halves together. It’s going to be an exciting game.”

HOW TO WATCH:
All Battery matches stream on the ESPN+ platform. Catch Saturday's direct stream at the button below!