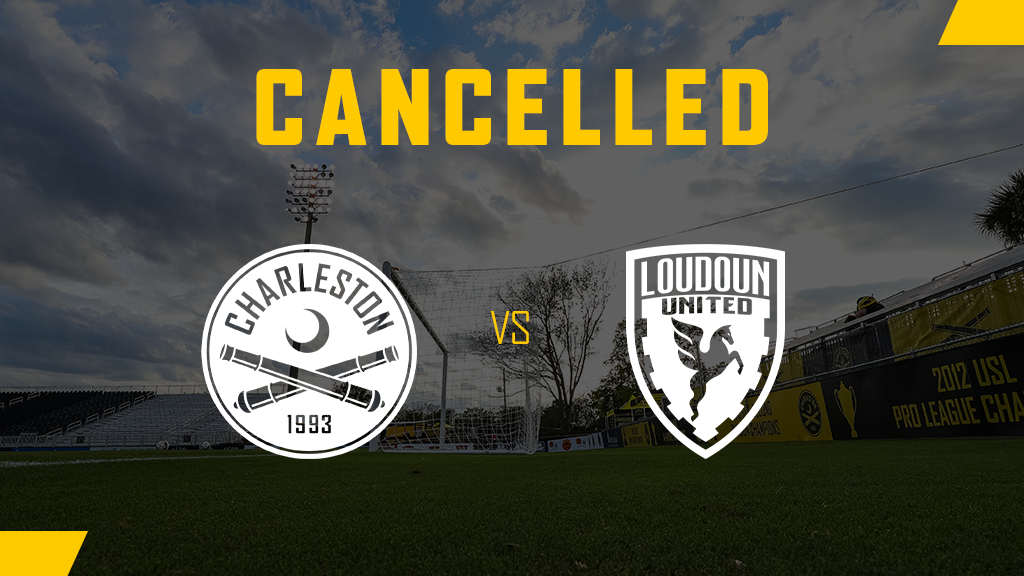 The Charleston Battery’s match against Loudoun United, originally slated for September 26, will not be rescheduled. The Battery will complete the regular season with fifteen total matches.

The USL Championship continues to work with the league’s Competition Strategy Committee on how playoff seeding, and the right to host future playoff games will be affected. At this time, the team awaits additional information from the league as to how seedings in Group H will be affected and will provide further updates to the public as it becomes available.

Charleston clinched the playoffs on September 20 after their 2-0 win over The Miami FC. The top two teams in each of the league’s eight regional groups qualify for the USL Championship Playoffs. The Battery currently sit 3 points behind the Tampa Bay Rowdies in Group H. Both teams play Miami FC in the next week before facing each other in the regular season finale at Al Lang Stadium in St. Petersburg, FL on October 3.