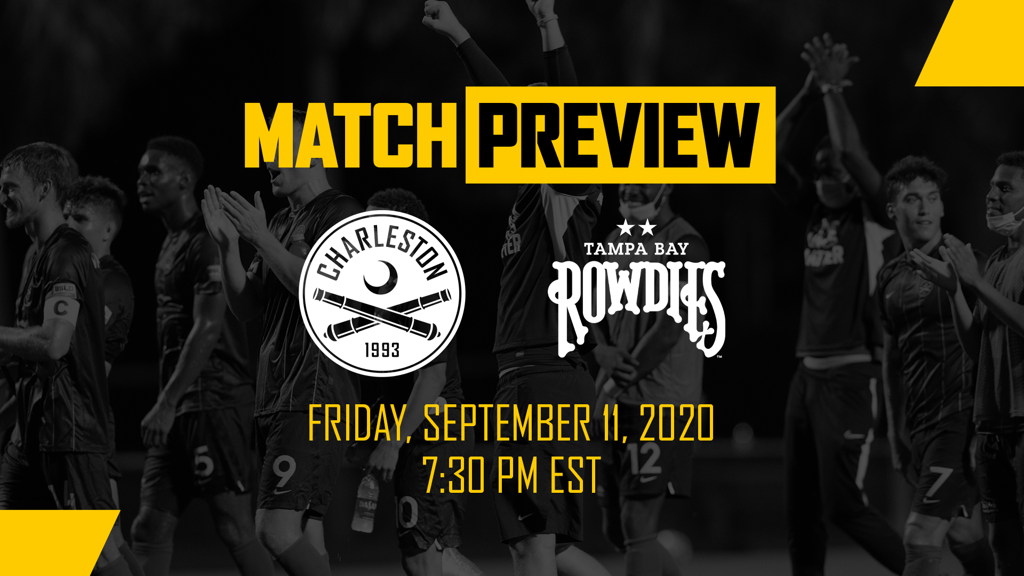 The Battery host Tampa Bay Rowdies this Friday at 7:30 p.m. in another top-of-the-table matchup as Charleston focus on getting closer to unseating Tampa Bay’s first place hold on Group H. Charleston are back home after a tough 1-1 draw with The Miami FC where they conceded a late goal in the 86th minute. Despite not securing all 3 points, the Battery’s undefeated streak dating back to July 31 was extended to seven games and they will look to make it eight against the visiting Group H leaders. A six point margin sits between the Rowdies and the Battery with Charleston owning a game in hand as they try to gain momentum leading into the home stretch of Group H play Friday night.

With the home field advantage on artificial turf last Saturday, Miami pressured the Battery throughout the match. While Charleston struggled to create opportunities, a brilliant combined attack saw Stavros Zarokostas score a 30 yard curler for his third goal of the season. Charleston are very much in control of their postseason destiny sitting 12 points clear of third-place Atlanta United 2, but will have to get the attack back on track as they strive to catch up with Tampa Bay in the standings.

The Battery are no strangers to Tampa Bay this far into the season. Last time the two faced off, the Battery secured a 1-0 victory and handed the Rowdies their sole loss on the year. Charleston’s challenge is clear as they’ll need to stop a relentless Tampa Bay attack that has scored 21 goals this season and shows a knack for catching opposing defenses on their back foot. While the Battery were able to stop the Tampa Bay attack last time out, expect the Rowdies to try and expose the Charleston back line early. The Rowdies have their sights set on first place and a postseason run, adding reinforcements earlier this month with defender Alex Davey acquired from Hartford Athletic for the remainder of the season.

Ones to Watch this Week 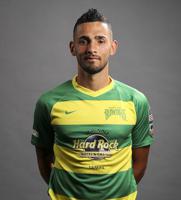 In what’s shaping up to be a career year, the Rowdies’ midfielder has four goals, has created 16 scoring chances, and has provided one assist for his team so far this season. He is one of the key pieces to Tampa Bay’s success in Group H and will almost certainly cause havoc in the Battery back line this Friday night. 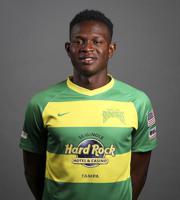 Scarlett scored his first goal of the 2020 season last Wednesday against The Miami FC and was a key piece in the back line as the Rowdies’ secured their sixth clean sheet on the year. Appearing in all 12 of Tampa Bay’s matches, he has created seven scoring opportunities for his team. He’ll be seeking an even bigger role on Friday as Tampa Bay looks to extend their lead over Charleston in the standings. 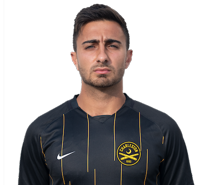 The rookie forward has kicked off quite the scoring campaign with his two goals over the last two games. Now with three goals this season, he’s second on the team in scoring and, impressively, has done so with only eleven shots taken. Watch for the Charleston midfield to play Zarokostas through as the speedy forward will look to extend his goal-scoring streak against Tampa Bay on Friday. 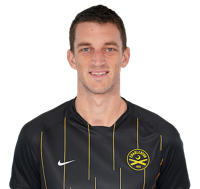 The Battery captain has been Mr. Reliable for the Black and Yellow lately. He has cleared his line 24 times, which is second only to fellow center back, Leland Archer, who has 32 clearances. His physical presence is proving valuable to the defense having now won nine of his ten attempted tackles. The Battery will be relying on Jarad more than ever Friday night against an aggressive Tampa Bay attack.

After traveling back from Miami on Sunday, there was no time for a holiday for the boys as they hit the pitch again on Monday in preparation for a vital three points against Tampa Bay.

Looking at the Tampa Bay roster for the third time, Coach added, “we did a nice job out on the wings [last match against Tampa Bay] and contained them a little bit. Their forwards are going to be determined to make something happen and get a goal. They’re going to work twice as hard and they might be getting after it a bit more. But we have to match it. We have to defend well as a unit, defend well on our back four and we’re probably going to have to make some good saves. When you have two good teams, that’s what happens. We’re ready for it and I know it’s going to be a great game.”

As of posting, Keirron Mason and Romario Piggot are listed as unavailable.

HOW TO WATCH:
All Battery matches will be streaming on the ESPN+ platform. Friday's match will be live HERE.