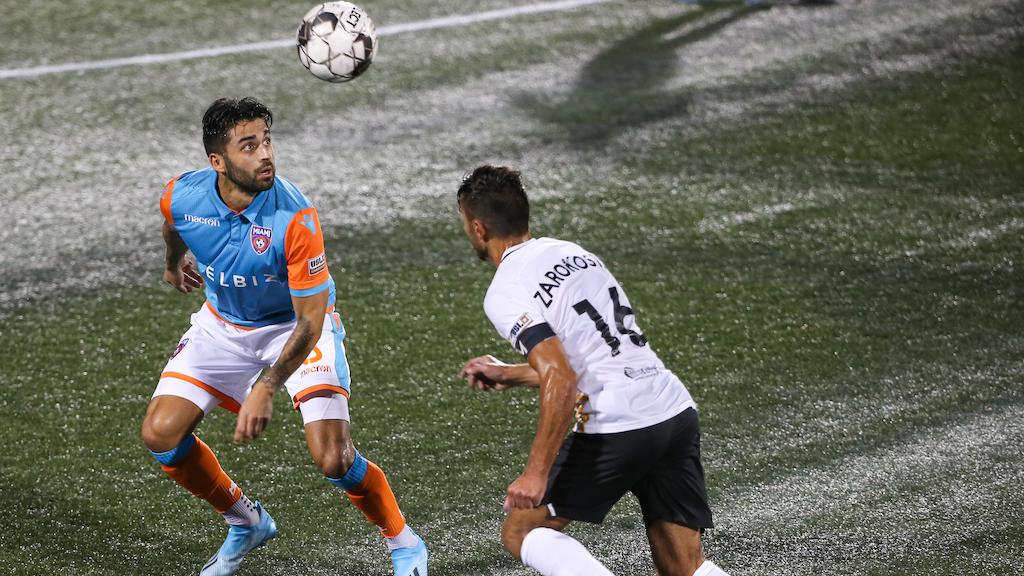 For the second week in a row, Stavros Zarokostas was nominated for the USL Championship's Goal of the Week. With the heater from 30 yards out to help the Battery solidify the draw against The Miami FC, be sure to vote for Stavros and the Week 11 league honors!

A bumper week of goals saw some of the leading contenders for the Championship’s Golden Boot find the net, and all-time leading scorer Dane Kelly notch the fourth regular-season hat trick of his career. We’ve picked out five of the best finishes from the past week of action, now you get to decide which one will get the honor of being the Championship Fans’ Choice Goal of the Week.

Brent Richards (RNO) - #RNOvPOR, 9/5/20: Richards highlights Reno’s seven-goal outburst on Saturday night with an outstanding drive from 25 yards in the right channel to the top-left corner of the net at Greater Nevada Field.

Stavros Zarokostas (CHS) - #MIAvCHS, 9/5/20: Zarokostas earned his second consecutive nomination as he picked up a loose ball 30 yards from goal and unleashed a curling finish into the top-right corner of the net at Riccardo Silva Stadium.

Arthur Rogers (HFD) - #HFDvLDN, 9/5/20: Given space, Rogers lined up a shot from almost 30 yards and executed perfectly, firing a precise effort into the left corner of the net at Dillon Stadium.

Dario Suarez (TUL) - #ATXvTUL, 9/5/20: Picking up possession in the left channel, Suarez took a touch to his right to create an avenue to shoot past the advancing defender and powered home a shot to the top-left corner at Bold Stadium.

Julian Chavez (SAC) - #PORvSAC, 9/2/20: Deep in second-half stoppage time, the 18-year-old Chavez wove past two defenders into the right side of the penalty area and fired home a near-post shot for his first professional goal and Republic FC’s game-winner at Providence Park.