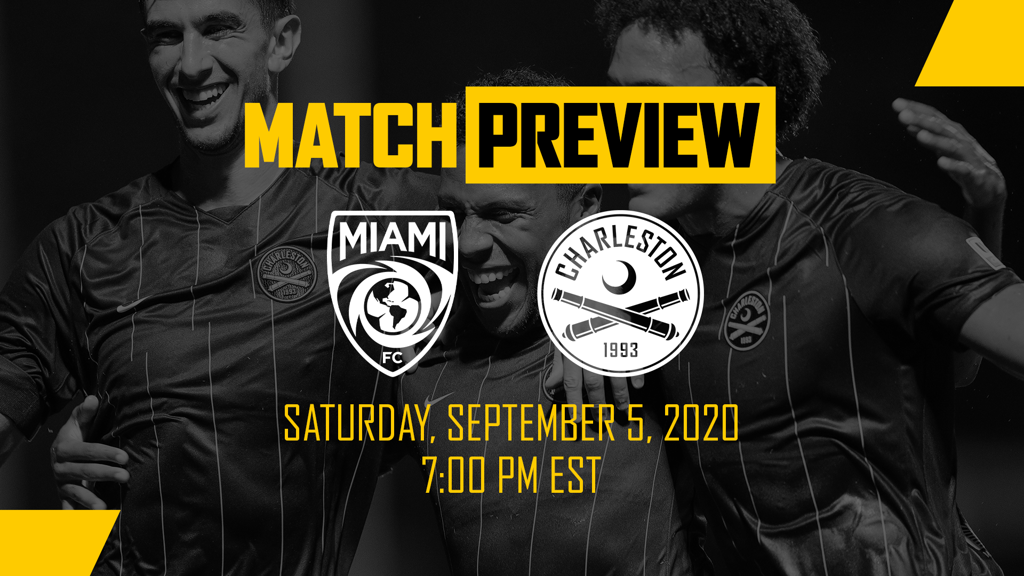 Charleston Battery are back on the road heading to Riccardo Silva Stadium to take on The Miami FC Saturday at 7 p.m. for their second of four matches in Group H play. After an impressive 1-0 win against Tampa Bay last Saturday that unseated the Rowdies as one of two remaining undefeated teams, the Black and Yellow have a solid hold on second place in Group H, sitting 11 points ahead of third place Atlanta United 2. After Tampa Bay handed Miami a 3-0 defeat Wednesday, the Battery are four points back with a game in hand and need a solid win Saturday night to continue pushing for the first place spot.

The Black and Yellow travel to Miami riding a six-game unbeaten streak, the longest such streak since going eleven straight in 2018. The attack stepped up in a big way for an undefeated August with twelve goals through six games last month, including a 3-1 drubbing of Miami on August 26. Coach Mike Anhaeuser’s side has presented weapons from all over the pitch with nine different players registering goals so far and five scoring multiple times this year.

Charleston look to continue their scoring campaign against an experienced Miami squad that’s had difficulty putting together wins this season. They’ve been outscored by opponents posting a minus-11 goal differential. The silver lining for Miami ahead of Saturday might just be home-field advantage. They haven’t played on their own turf since August 23 when they notched their sole win for 2020 over Charlotte Independence. But since that success, they have dropped six goals total in consecutive losses to Charleston and Tampa Bay. While statistically speaking, Miami is still contending in Group H, they cannot afford to drop any more points if they want to keep any playoff hopes alive. 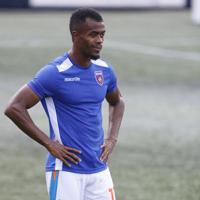 Prince Saydee is playing an important role for The Miami FC, but didn’t get much of a chance against the Battery last time out as he went down in the 13th minute with a hamstring injury. While leading the team in assists (2) and having created 6 scoring chances for his teammates, Saydee has yet to find the back of the net himself. Getting his first goal on Saturday may be the key to getting three points against Charleston. 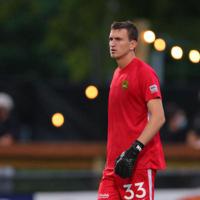 Joe Kuzminksy rejoined the Battery roster on August 12 after his loan stint with the Israeli Premier League’s Maccabi Haifa. He currently has two clean sheets in three matches and has posted a 90.9% save rate keeping 10 of 11 shots out of the net. He’ll have a slight chip on his shoulder in Saturday’s matchup after the only goal he's conceded so far came against the Miami side.

After a busy Week 10 with two solid wins, the Battery took some extended off time, resting Sunday and Monday before hitting the pitch again on Tuesday. After an early morning flight on Friday to Miami, the boys will squeeze in one last training session in the south Florida heat before Saturday's match.

Discussing what the team learned about the Miami squad in their first match, Coach Mike Anhaeuser noted, “What we saw is they came in here a little conservative, they didn’t go forward too much in the first half and we were able to catch them a little bit. But what you did see was their ability and their experience in the second half. Start of the second half, Romario Williams had those two chances. He has that ability to make something happen out of nothing, we know that. Velasquez is coming off of injury, he’s another player who can create just out of nothing. And they play on turf, being at home is going to be a huge advantage.”

Coming off a four-game winning streak, Coach additionally commented on the team’s focus while building on the recent success. “You have to keep your focus looking forward. Can’t count on what you did in the past, we’re playing the same teams is the only thing. If you look at the board, they’re going to make adjustments and little changes to try to beat us. We have to keep their focus to make sure that we even get better, that we play sharper, and we play even with a little more edge to us to make sure we keep it going.”

After the 1-0 victory over Tampa Bay that saw a cohesive defensive performance by the Battery, Coach added about the defensive unit. “You’re seeing it. The comfort level with the back four, they’re starting to figure each other out. As a unit, we’re defending very well. Even the two up front, Robbie and Angelo, are starting it for us and not letting teams get into a rhythm. It’s really a whole team think. We’ve been able to limit [opposing teams’] chances and ability to get forward.”

As of posting, Keirron Mason is listed as unavailable.

All Battery matches will be streaming on the ESPN+ platform. Saturday's match will be live HERE.