What You Need to Know: Atlanta United 2 v Charleston Battery 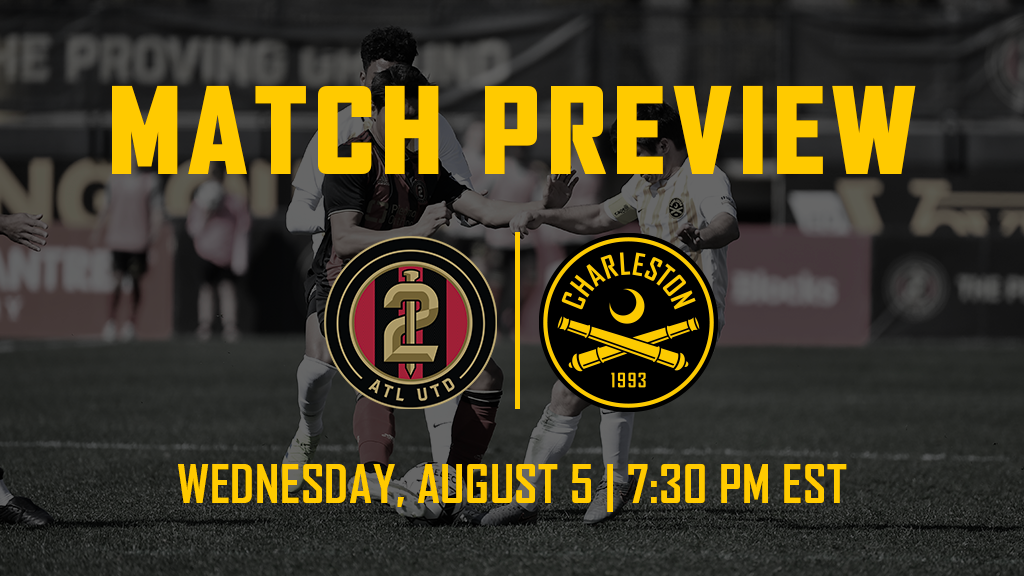 Charleston Battery continue their road trip Wednesday night when they go up against Atlanta United 2 at Fifth Third Bank Stadium. The Battery’s first away match since the season’s resumption against Tampa Bay last Friday ended in a 2-0 loss. In the second of a three match road stretch, the Battery are facing an Atlanta side that has pulled within 2 points of Charleston in the Group H standings. With Wednesday’s fixture being the third of four matches between the two sides, the Black and Yellow will be playing to defend the second-place spot in the group standings and the playoff implications that come with it.

Charleston’s two wins on the season have come at the hands of the Atlanta side and the Battery look to take the season series to 3-0 on Wednesday night. They’ll look to get the attack back on track after Friday’s shutout in St. Petersburg which saw the highest shot total for the Battery so far this season. The front line hopes to build on that and put a few more past Atlanta keeper Ben Lundgaard who’s averaging a 66% save percentage against Charleston.

Atlanta will look to build on their recent success, coming off a seven-goal-bout with Miami FC where they won 4-3. With leading goal scorer Jackson Conway out on suspension, Atlanta will turn to playmaker Jack Gurr to lead their attack against the Charleston back line. 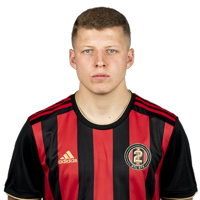 Jack Gurr has been the mastermind behind the Atlanta attack this season. He currently leads the team in assists provided (2) and chances created (12). His biggest strength is providing his teammates with scoring opportunities, but keep an eye out as Gurr will aim to get his own scoring campaign underway against the Battery. 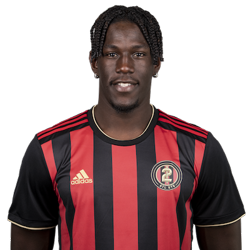 With Atlanta’s leading goal scorer out on suspension, the 2’s will rely on their second-leading goal scorer Amadou Diop to put the ball in the back of the net for the first time against the Black and Yellow in 2020. Diop has seven shots and two goals over four appearances for Atlanta and will look to be a key piece in the attack in Conway’s absence. 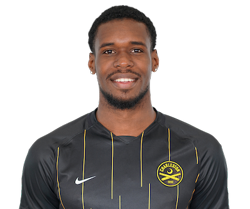 Leland Archer has become a mainstay on the Battery back line as one of three players to play every minute (360) for the Black and Yellow this season. He currently leads the Battery in clearances (7), tackles won (23), and aerial duels (18). A solid performance from Archer is needed for the Battery to defend the second place standing in Group H. 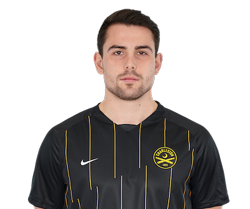 Despite sitting out the Battery’s returning match against Birmingham Legion, Bosua has hit the ground running in his last two appearances, scoring a memorable goal in stoppage time during Charleston’s 3-0 shutout against Atlanta on July 24. The team’s leader for aerial duels won (13), Arthur will be a key factor in winning and keeping the ball as the Battery look to keep the pressure on Atlanta’s back line.

The boys were back on the practice pitch on Sunday and Monday after the trip to Florida before loading up again on Tuesday to head to Kennesaw, GA.

Asked about adjustments during a 3-game road stretch, Head Coach Mike Anhaeuser noted “The biggest thing is...it’s different. You have the travel protocols and all the things you have to deal with off the field and adjusting to that. We try to keep things pretty similar and the guys did a very nice job. But when you have to travel, it makes things difficult, even at the beginning of the game. Those are the things you have to really monitor and now we have it and we’ve done it and [Tampa Bay] was one of our furthest trips. Going to Atlanta it’s going to be a lot easier.”

On facing Atlanta for the second time in two weeks, he added, “It’s a funny thing. We used to do this in the old days when we used to play Charlotte four times. You get used to each other. Unless we make changes, which we could. You get to know their strengths and weaknesses. The one thing we have to compensate for is we know that they’re young and we know that they’re going to work. It doesn’t matter if you beat them, the next game they’re out there competing because they’re trying to earn their time. The biggest thing for us is we have to do the things we did well last game [in Charleston], but we have to take them to Atlanta and try to do the same.”

As of posting, Jesus Ibarra and Nico Rittmeyer are unavailable.

HOW TO WATCH:
All Battery matches will be streaming on the ESPN+ platform. Wednesday's match will be live HERE.